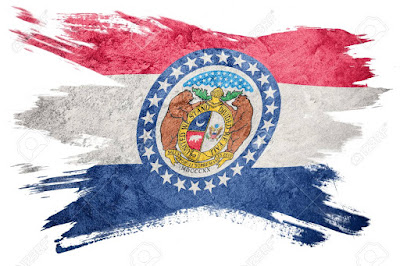 No one knows exactly who first called it The Slicer. Like so many cultural traditions spontaneous group-think sometimes just happens. In fact, the roots of Missouri's regulation of citizen life-span began as a trans-humanist meditation practice. To an outsider Shelving might seem like a techno-cult ritual right out of a Gibson novel.  Dusty references to suicide booths and soylent green aside, the current statisticians and influencers hail Compromise 2.0 as our State's economic and creative salvation.

Even if The Slicer has no known namer, it's obvious why the State's euthanasia system earned the deli inspired title. No need for spinning stainless steel blades though, instead high energy particle beams perform the bodily dissection. Over the space of sixty seconds every synapse state is scanned, indexed and uploaded to the State Library's Citizen Archive. Nervous system death is an intentional after effect. Such is the price of being shelved eternal for the good of the people.

As one of the last Missourians who lived under Oosa, my recollection of that disunited, divisive era is mostly reconstructed pseudo-memories.  Youthful curiosity indexing my parents media archives revealed age old power games: corporate constructs bent on libertarian pyramid schemes, wealth collected from youthful labor and pooled at the feet of the aged, and of course the wasteful expenditures battling senescence, ever pretending that physical immortality was just around the corner.

Nowadays, a healthy life where we're not obsessed with longevity is the rule.. Most Missourians willingly accept the trade-off UBI in exchange for a known finite lifespan. Personally, I've always felt fifty-five years offered plenty of time to live. The consolation that ones memories will be made available to other citizens is bonus. And I sure don't worry about reanimation conspiracy theories; Missouri law is clear, each Shelved citizen shall be patterned with deliberate fragmentation sufficient that no resuscitation as a digital construct could occur. The Missouri Library of Citizens was designed with an architecture for public reference, never for consciousness selfies.

The departure lounge here is comfortable enough as I wait for my number to ping. I tune down my VisAR and observe a few of my peers playing chess; several engage in last minute conjecture of what an afterlife might hold. I'm not religious enough to entertain such foolishness. Personally, I've spent my last hours watching the century-old romcom Dead Again. Maybe I selected the title for a touch of irony, but mostly I want to face The Slicer's final cut of impermanence with a grin on my face.

Posted by Brian Bohmueller at 1:44 PM