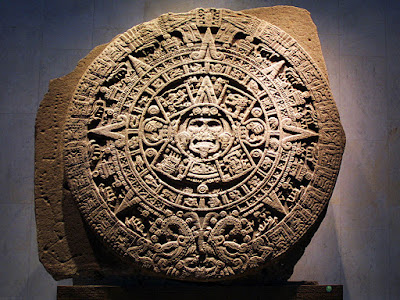 Underlying all experience in life is the concept of time.

Each second, each year, each eon that passes by is inherently connected with the world around us. Strangely, we modern humans litter our calendar  names with unpurposeful names, many that refer to mythical gods (the days of the week) and emperors (the months). Perhaps, a mindful step forward can be made if we rebrand these day and month names to reflect the aspects of human existence that are important. By doing so we just might better unify Earthling civilization with its global ecosystems.

To that end I suggest reworking the week to a more manageable six day week. Each day of this week are thus named to channel a positive ethic and connection to the world we live in.

Sunday remains in effect as the first day of the week. A pinch of tradition allows us to recall the past, even if it was a more primitive barbaric time when we perhaps worshipped the Sun as a deity. Acknowledging the Sun as energy source it is remains powerful. Warming our sphere, energizing life with evolved photosynthesis, and offering solar powered mechanisms to provide clean energy are just a few of the the Sun's glorious effects.

Earthday comes next in the week. Without doubt planetary stewardship is responsibility number one for civilized humankind, though we often ignore it. Only with a healthy living planet at all levels can humans truly begin to transcend their evolutionary selfishness. And no matter how much we look outward, in the foreseeable future there is no realistic Planet B!

Careday follows Earthday, a day named to emphasize the compassion, empathy and joyful emotion that humans are capable of cultivating. The heartful exercise of the human mind underscores our pursuit of positive relationships with other humans, with sentient species, and with aspects of the world that are not as fortunate to possess full consciousness.

Sciday arrives next in the week, highlighting our species' unique pursuit of fact based knowledge. Use of critical thinking skills, scientific method, and information integrity are all important components in achieving goals for our communities and self. The principles of reality won't bend to our mythical beliefs, and with a weekly observance of Sciday we can begin to banish those ancient ideas that fester our modern minds.

Workday follows Sciday. At first blush the droll name may seem to embody what many of us seek to avoid in our 9 to 5 self-enslavement culture. However, physical effort is necessary to tend our gardens, keep proper accounts, and ultimately maintain the positive flow of value in society. Sure, such tasks may wax banal at times, still the infrastructure of society and its impact on the greater world are the milieu of our sapiency.

Artday finishes off the new, improved six day week. Unlike the traditional weekend, Artday is not set aside for mere rest. Instead, in the modern world we can reach beyond tradition to exercise and enjoy the bounty that is human creativity. By celebrating the experience of all our senses, and beyond, we enable our deepest selves to connect to the universe. Thus Artday serves as a worthy predecessor to Sunday's embodiment of the external.

The calendar months, traditionally connected to the lunar cycle, elicit a connection with Moon worship, that we should leave behind. Crescent beauty and tides notwithstanding, we could reach for a better grounding to Earth time elsewhere. Perhaps in the four seasons. We could divide the year into four 90-day months, each consisting of fifteen 6-day weeks. By name, Spring, Summer, Autumn and Winter could unify humanity in its referential understanding of the Earth's revolution about the Sun.  Indeed the seasonal months differ significantly depending on equatorial distance, still the many cultures of the world can use these four months as a catalyst to celebrate the differences our traditions bring to the table.

For those keeping count, this leaves five or six days each year needed to bring four 90-day months into synchronicity with Earths 365.25 day year. Someone once said that the curious soul of a human was lost forever when they started naming things. Names can be important and pragmatic, but we should leave a space in the Earth year to acknowledge all that remains undiscovered and unnamed. Therefore, the fifth season shall remain unnamed. Each of the five or six days of this season also remain unnamed during this short period. They then serve as a reminder time and existence stands separate from human consciousness. Perhaps, recognition of this elusive truth may give our civilization an unspoken nudge to transcend, and to progress for the better year after year.

Time meshes all things finite together: human lives. planetary cycles and every aspect of all universes sideways from ours.

Oh, and ending daylight savings time globally is the cherry on top.

Posted by Brian Bohmueller at 2:11 PM No comments:

To Be Liked AND Loved, That Is The Exclamation! 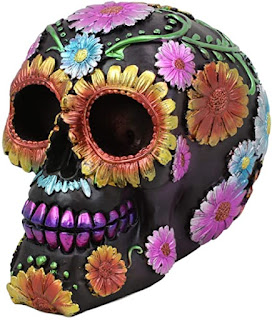 With his "To be, or not to be..." Hamlet famously contemplated the ultimate crisis of existence. His conclusion was, put simply, there is a limit to the suffering one can bear before fast-tracking ones self-extinction. In death one can hope to return to a place where consciousness, and pain, end.

However, if continued existence is your choice of the moment then a whole flurry of options present themselves. Among those experiential adventures of mind and body, the interchanges we have with other sentient creatures ranks among the most rewarding.

When we spend time with those we like and love our lives attain value. To be sure there can be value interacting with those we dislike, detest and feel essentially neutral towards, however, at best those serve as calibration to appreciate those we care for.  And so here I'll focus on what I see as the two primary modes of a positive relationship, loving and liking.

To love is easier to define. Loving, in the extreme, requires unconditional acceptance. At its heart, love puts the well-being of another before your own. As we are all imperfect beings, this protective emotion can provide the deepest security. It is also animalistic, discounting any rational evaluation, and alone can lead one down paths of ecstasy and despair. One might speculate love evolved as an instinctive feeling so as to defend and secure the future of offspring, family and extended tribe. Indeed, if the love is strong enough, no heinous action on the part of another will conquer it. Though our hearts may strain with the deepest pain, we will love the murderer, the backstabber, and the oath breaker until our dying day.

Liking someone, on the other hand, lacks the poetic gravitas of love. Still liking embodies the epitome of valuing a person for their merits. The very essence of liking can begin with superficial aspects: physical attraction, an overlap of shared interests or shared experiences. Yet over time, liking a person may grow ever stronger as we get to know someone's true self. Then, admiration and respect for the real person establishes itself. Liking is not automatic and is not necessarily permanent. One can lose the most treasured friendship should the others flaws become apparent or their behavior shifts awry.

Nevertheless, liking alone is a dangerous path to tread. Being evaluated stringently for ethicality, kindness, intelligence and skill can create amazing friendships, but without at least a touch of love, a love which invokes forgiveness, the structure of liking can shatter. So whether one pursues a romantic relationship, or a deeper connection with a family member or a colleague, the relationship is strengthened a blend of liking and loving.

At times, each of us may suffer like Hamlet, yearning for the physical or mental anguish to end. Ending ones existence uncalled for, especially when our true friends and loved ones will support us through thick and thin. Together, being liked and loved can amount to the greatest joy that existence has to offer. A loving friend sometimes can help us laugh at the world, or perhaps stir our heart to come alive within our mind, but always, as needed, a loving friend has a hug to share.

Posted by Brian Bohmueller at 12:43 PM No comments: