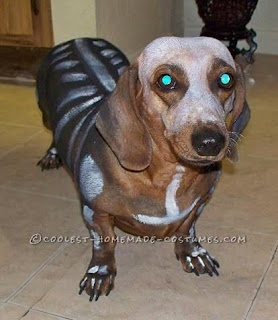 so on Halloween beware of me, the wienerdog
consume you I will, like a film by Werner Herzog

[Just a short poem this week to connect with the experience of having joyful fun. no deep explanations, just encouragement to have a laugh for the laugh of it!  (btw Into the Inferno by Werner Herzog is pretty cool and on Netflix now)]

Happy Haunting!
Posted by Brian Bohmueller at 12:32 PM No comments:

Pledge Across the Centuries

-----------
Divisiveness reigns at the moment like no other time that I can remember. This polarized patriotism inspired me to contemplate and explore what ought to lie at the heart of patriotism. With poetic exposition and found art elements I use the U.S. Pledge of Allegiance of the past, present and of a speculative future to pursue this.

Although in the poem I imply a recitation of the pledge in 1876, technically the pledge wasn't written until 1887.  Still, I felt stepping from the original 19th Century form to the current version reflects a significant refinement of what was perceived to be required of the patriotic American. In particular, the addition of "under God" in 1954 to the official text underscores how the ideological right persisted to integrate a monotheistic belief component into the common interpretation of patriotism.

(Aside: while reading this poem at The Without Limits Coffee House, I made a point of standing at the start of the poem, sitting down for the middle stanza and rising again for the third. This was to demonstrate support for the Sit Out the Pledge effort which seeks to remove "under God" from the pledge as a step toward a more mindful pledge)

Personally, I recited the pledge pretty much mindlessly in school growing up.  My position on the pledge has evolved alongside my worldview.  To this ends, the third stanza envisions a admittedly very progressive pledge for the Tricentennial year 2076.  I aimed to embody a positive, unifying, humane pledge with simple encouragement toward a greater, global patriotism, a patriotism that reaches beyond nationalism. Importantly, this speculative pledge is something the entire world could recite with pride, respect and hopefulness.

(Note: Namaste was added as the final line primarily because it has the punctuating character of an amen.  It also has an element of foreignness which emphasizes a joyful, global diversity .  I translate "namaste" to mean "in you i see sacredness" where the you in this case includes other people, creatures, the environment, creativity and the world as a whole.)

Posted by Brian Bohmueller at 10:11 AM No comments:

this irreverent haiku triad was created by a human, like all of the supernatural tales that have come before.

while in principle i support the rights of people to worship peacefully, the foundation of supernatural obeisance sadly encourages believers to treat wishful thinking and mythology seriously and often to simultaneously avoid confronting the realities of the world.

now i do enjoy fantastical, fictional creations (from Gaiman's incarnations to Clarke's machinations) and in fact, i think imaginative metaphor and allegory can help humans and humanity transcend our primal origins and motivations. however, one should first be able to identify fact (global climate change, human over-population, evolution) from fiction (heaven, sacred souls, creation myths) to more effectively implement mindful solutions that will lead to a better world for humanity and environment alike.

believing angels or other imaginary higher powers are watching over us, waiting to escort us to paradise is a critical issue for humanity as it distracts too many people far too frequently (with violence and absolutism) from working on these solutions together.

as a hopeful exception, i have heard some "inter-faith" communities have managed to meet toward forging rational solutions while leaving their supernatural beliefs behind.  if accurate, it is a step in the right direction.

Posted by Brian Bohmueller at 3:01 PM No comments:

Two Blondes and a Ballot

(I am now on hiatus compiling the Goodness First Millennium Vision blog entries into a unified manifesto.  Updates to come.  In the meantime, I will be releasing some of my poems and some commentary to fill the void. Enjoy and be warned)


Here is my two cents on the upcoming election.

My poem is meant to highlight how much national policy direction is being ignored in favor of sound byte gaffes and candidate likability.  Yes, trustworthiness is a laudable aspect of any candidate, but given the choices the country, and the world, will best be served if we elect intelligent people to lead us toward peace, prosperity and global ethical responsibility.

Voting for the progressive candidates (which in most cases will be the Democratic candidates) from your local representatives to your national president will result in the best path forward.  Only by getting progressive leadership elected and then engaging with them can we reform political districting and political financing to reestablish fair representation of the people by their representatives.

And if there is a single reason why voting for Hillary Clinton is the better presidential candidate it is because she will continue the mildly progressive policies that President Obama has leveraged, even in the face of a very conservative congress.  Supreme Court nominations are particularly long term actions that will lead to the more progressive change many of us long for from our country, so whatever you do don't sit out this election.

Ok, that was at least 3 cents worth of commentary. Sigh.


Posted by Brian Bohmueller at 11:20 AM No comments: