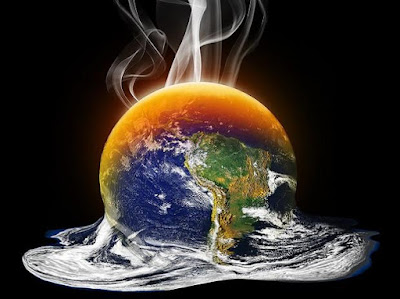 Human living in the modern world seems too often driven by an ethic of economic prosperity of individual and organization.  Certainly, the vast network of infrastructure we call civilization has permitted human beings to become prolific in numbers, travel extensively, create amazing things, and in general participate in a tremendous variety of experiences.  But will the planetary balance survive this economic matrix of miracles and mayhem?

Consider whether perhaps the human race has become a multi-billion strong force far to the right on the sociopathic spectrum. Each individual, community, nation, and the whole of civilization by and large focused on pursuing a path of outcomes that benefits the concerns of those human-based groups. In a fashion, this is the fault of evolution, itself an uncaring process that naturally reinforces the propagation of successful systems.

On the surface, it seems quite natural for humanity to look out for itself, its sub-groups and its individuals. The transcendent vision of the human mind can potentially see beyond its own selfishness, perhaps, in part due to tribal traits acquired by that said same evolutionary process. Because we can have the capacity for empathy and compassion for humans, in principle we can apply those perceptions toward other species, whether they be pets, wildlife or wildflowers. In fact, we can even apply this perception to constructs such as global climate, biodiversity, and prospective AI robots, not to mention the fictional characters and creatures in our favorite Netflix series.

The question to ask, is are the goals we are pursuing in our lives leading to positive, long-term, overarching outcomes? In great degree, much of society is driven in totality by achieving things for short-term (i.e. our lifetime) human gain, to create and enjoy a family, higher production rates, higher income levels, higher attainment of prestige and optimizing of our relationships.

No we may not be able to leave those cultural expectations behind entirely, but perhaps we can swerve dimensionally to avoid planetary implosion. Many will look to higher powers to take care of things, rather than use scientific skepticism to plan a better path for all the world ahead. The solution to that may be very simply to slow the fuck down. Too many humans is the stampede of elephants in the room nobody wants to talk about. Multiply that population mayhem by the increasing consumption per capita and you get a global catastrophic event.

Sure the Earth itself doesn't care whether we turn it into a sterile, blacktop sphere in the next hundred years or if the Sun sterilizes it in another four billion. Nevertheless, as the most powerful beings present and accounted for, humans have to do the caring for the rest of the planet. Only with our mindful ambition can a complex balance can continue for a joyful, long time beyond our own lives.

Posted by Brian Bohmueller at 2:28 PM