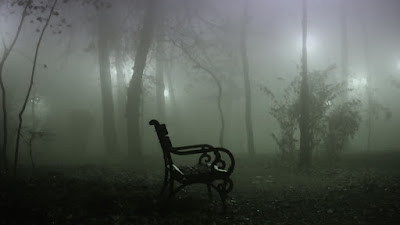 Posted by Brian Bohmueller at 10:36 PM No comments:

As I have frequently referenced in my blog, agreement upon terms is immensely important in communicating effectively. Effective communication in turn permits human individuals and humanity as a whole to build teams, document knowledge, establish priorities, negotiate compromises and ultimately solve problems in the real world.

Toward this end I'd like to clarify terms between cynicism, skepticism and doubt. These terms are often conflated in conversation, in spite of there being clear differences to their core approach.  (to be sure there are fuzzy overlaps in these terms, alas my desire is to solidify the core position behind these abstractions to enable a better understanding)

Skepticism might be better phrased as scientific skepticism. Essentially, skepticism tends to be a mindset that requires that proposed claims provide statistically significant, supporting evidence to be taken seriously. In effect, skepticism rejects claims that have not stood up to honest examination, accepts claims which have stood up to scrutiny, and generally remains agnostic to positions that have insufficient supporting data and premises.

Cynicism, on the other hand, tends to be a mindset which preemptively sees the motives and outcomes of people, organizations and the world at large as overwhelmingly negative. In effect, cynicism rejects ideas and their pursuit an interal framework which perceives ill intentions of people and the general futility of positive progress.

Doubt, on yet the third hand, is a slightly different creature.  Doubt tends to be a gut level seed of curiosity that questions a reality claim, a moral stance, or the motives of people and organizations. Hope, in fact, could be considered doubt's quintessential complement, each aspect entangled with the other in a spinning, dualistic dance.  As such a healthy curiosity will exhibit both doubt and hope alongside a desire to navigate toward the best, most honest answers to these explorations.

As an example in demonstration of the differences, suppose a well crafted video advertisement were shown to an audience selling a product promising immortal youth.  Among all who watched with interest, mental visions of hope and doubt might be sparked within the diversity of their minds, imagining the possibilities and causing all to wonder if such a product could possibly exist.  Persons with a cynical attitude would likely reject the claim out of hand, perhaps vocally deriding it as a profit making scheme and the gullibility of those who seduced by such wishful thinking.  Persons with a skeptical attitude would tend to take a step back from the awesome implications, review the evidence for the claim, consider similar past products and current state of technology to deliver, and afterwards reject the claim until supporting evidence surfaced.  In such an outlandish case, the cynics and skeptics might seem to be quite similar to those who were convinced by advertising spin.

In my opinion, skepticism also tends toward seeking a mindful, understanding of why many might be won over by a claim as outrageous as a promise of immortal youth.  Alas I'll leave sympathy and empathy for another hair splitting blog!

Be skeptical!
Posted by Brian Bohmueller at 11:24 AM No comments:


In days of yore, there was evil rampant upon the land that threatened the very existence of the kingdom. Villagers from the surrounding countryside gathered at the castle's gates to appeal to the wisdom of the good king.  Under the circumstances extreme measures were called for so their leader gathered his knights around the celebrated round table to deliberate.  After hours of heated discussion the king erupted upon the high terrace and announced with great aplomb to his concerned citizens: "Let's have a pizza party!"

And so all the residents of the land, rich and poor, young and old, invited their would-be evil fellow humans to throw down their weapons and join in the celebration of deliciousness that is pizza! Baked into doughy disks decorated with delicious toppings, pizza was the round table-fare of the people.  And so the war was ended and much consumption was had and plenty of merriment foisted with joyful laughter forever after.

Whether celebrating a recent victory, thanking friends who kicked in painting your house, or just because a group of famished acquaintances happen to be in arm's length of a a Pizza Hut app, pizza symbolizes the pinnacle of civilization.  Organizing an order, negotiating toppings, anticipating delivery, splitting the bill and of course consuming the innocent round entree all contribute to the heart that is the very essence of being socially welcoming human beings.

One veggie-lovers with vegan mozzarella, please!


Posted by Brian Bohmueller at 9:10 AM No comments:

Fishing for Answers with Science

The Universe is full of complexity, an unfathomable array of factual states of energy and matter in constant flux across space and time. These factual data-points are, as a whole and even in the most specific atomic cases (thanks Mr. Heisenberg) fully unknowable.

In a sense we humans are but minuscule fish adrift in the great fish tank of Existence.

Science to the rescue!

Fish we may be, but we are crafty fish.   We have devised the scientific method, a rational, systematic, self-correcting method by which we can identify useful patterns in the vast ocean of drifting detritus.

The scientific method, in its fundamental form, encourages the creation of a specific hypothesis based on observation and imagination.  (Goldfish are intelligent.)

Next under as controlled conditions as possible, the hypothesis is tested.  (A bowl of goldfish are given a calculus exam of the waterproof variety at 65 degrees Fahrenheit)

Data is collected through honest observation. (After two hours of exposure the goldfish nibble at the corners of the test)

Conclusions are then made (Goldfish are not intelligent...when it comes to calculus)

Of course, the most important aspect of science is that it takes a recursive path.  By reviewing past experiments and modifying them we can more effectively understand a given situation.  This essentially takes the form of tweaking the hypothesis, refining the test apparatus, data collection, and result formation.  To borrow a phrase "shake, bake, and repeat" (present fish excluded) until a more refined understanding is established.  In this way the scientific method over time can zero in on a truer picture of the world.

...of course silly hypotheses can lead us on a wild trout chase.

Posted by Brian Bohmueller at 12:48 PM No comments:

Sacredness Part I: Twisting Infinity into our Values


In the scheme of human perception we assign a range of values to things in this world.  A short example list of things with declining value might be: life, love, the environment, a tank of fuel, a chocolate bar, a pebble, a cockroach.  (implicit in this ordered list is the idea that values for a variety of things can be measured using the same units--a simplification to be sure)

Actual valuations, of course, will vary from individual to individual and within a larger context.   A pebble that is an emerald might be moved up on the list by those who value jewelry. Someone starving will likely move the chocolate bar to the head of the list.  And when talking about the life of a cockroach, the first and last items create a wrap-around paradox of sorts.

This subjective valuation causes a complexity of problems as humans attempt to integrate their "values" toward pursuing states of greater well being for themselves.  Perhaps, the greatest conundrum lies in the idea that certain things are sacred, essentially having infinite value.  Whether it is a sacred text, the sanctity of life itself, or the need to have coffee in the morning.   If we value something too highly, it has the potential to destroy things that have value in the attempt to preserve these sacred things.

More on this in the future as I consider possible solutions to how the delusional valuation of sacredness can be confronted.


Posted by Brian Bohmueller at 1:21 PM No comments: