Taking the Cons out of our Constitution

In a recent Constitution Center podcast, The Constitution Drafting Project speculated what changes would be made if a modern American constitution were rewritten today. Three teams presented their positions on how it would differ from the 18th century document. Conservative, progressive and libertarian points of view were offered.

Although the positions shared were interesting, they varied very little from the original document, focusing on limiting the role of government, enfranchising all citizens and generally affirming the rights of conquesting humans and their descendants. Nothing truly radical or revolutionary was suggested, let alone a Green New Deal style mission statement.  All said, it was a sad report on modern creativity, wisdom and compassion.  Indeed, human leadership seems ultimately loyal to one thing, its own species.

The original constitutional document transcended ruling paradigms by designating "we the people" above kings and imaginary gods to self govern, alas that is old news today as so many countries have since adopted constitutional governments that imperfectly pursue that intermediate goal. All in all, these constitutions mostly empower conqueror cultures to power themselves with free market pyramid schemes, unconstrained human population growth, and general disregard for all things non-human.

A truly breakthrough, global inspired constitution would reroute power away from self-concerned humans to more perfect constructs that embrace the spirit and letter of truly egalitarian law.  Specifically, a new constitution could designate representatives for not only human society, but also for global environment, the many ecosystems therein, as well as each species, and each and every sentient creature that has inherited a right to live on Earth. Of course, the perception of human sacredness blinds us from planning such a truly transcendent planetary regime that takes all these into consideration.

Sadly, if there is one thing we humans are good at, it's hiding from our own greater responsibility to the planet. A constitution drafted for all of Earth, straining to be as idealistic as possible, just might be the first true step toward a long-term positive future for the planet as a whole.

Let's get writing, shall we?

Posted by Brian Bohmueller at 11:02 PM No comments: 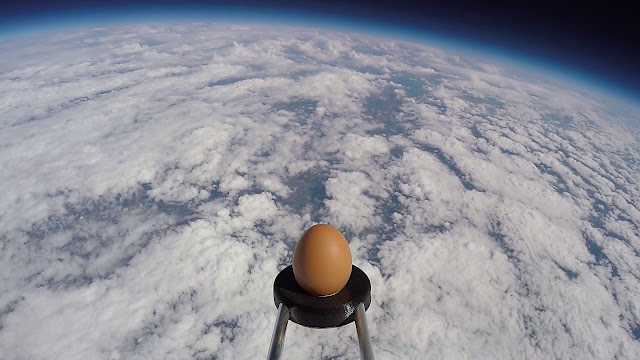 Posted by Brian Bohmueller at 9:33 AM No comments:

To be honest, the title of this piece feels as pretentious as the original MAGA moniker. The implication that there was some time when America was amazing or wholesome relative to today is corrupt at its core. If we are to be totally honest, the pursuit of goodness or greatness takes ongoing effort, and frankly such a pursuit by a single nation will always be lacking if we don't partner with the rest of the world.

Nevertheless, our nation has some particular challenges in front of us. Greatness of a nation is meaningless if we aren't pursuing goals that are good. Here is my shortlist of good things we as individuals, communities and civilization ought to be pursuing.

Information reliability. Sadly the idea that everyone has a right to ones (peacefully expressed) opinion has become equated with those opinions being equally valid. Religious, new age, and grand conspiracy magical thinking has degraded the reliability of information available on social media especially. Humankind depends on reliable information to inform our policy and decision making.  Scientific method, fact-checking algorithms, and individual questioning (with evidence to back it up) can begin us down a path of better information exchange.

Community and world service.  Market force driven motivation has corrupted the nature of pursuit in this world. The pursuit of money and power for the sake of said devices has turned much of our civilization into a system with a feedback loop that cares very little for final outcomes. Instead we should be driven more by end goals that include limiting human world population, preserving natural resources and reducing wildlife habitat destruction, as well as ensuring communities have access to services that improve quality of life for all.
Compassion and reason.  At the end of the day, traditions and old practices need to be examined. A two hundred year old constitution will have its flaws especially when interpreted by "originalists" who reinvent founding ideas to conform to their outcomes.  If we take a step back, and apply reason and compassion to our choices we can implement progressive policies that benefit all humans, the planet, and their future.
Indeed, the months and years ahead of us will be challenging. If we can begin to put misinformation aside and realign our goals, while making an effort to be friendly with all involved, humankind can improve on the good in world. Not just for America, but for all nations, people and beings everywhere.
It begins with each of us reflecting on the good in ourselves and extending that goodness to others.
Posted by Brian Bohmueller at 12:00 PM No comments: 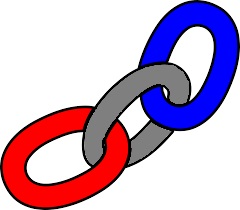 For anyone who hasn't encountered steel and straw arguments, these correlate to the best and worst rationalizations we make of another's point of view. Perhaps taking a step back to earnestly evaluate steel and straw positions in the Blue vs. Red climate we live in, can help us understand, process, and, in the end, heal open wounds in our communities.

One straw rationalization for liberal positions seeks to equate the movement to the transformation from a strict, Christian nation into a land of degenerate, godless, socialism.

A steel case for liberalism is to regard their efforts as a compassionate pursuit of prosperity and peaceful liberty for all. The positive implementation of science and policy can provide a path to a more peaceful society while building a greener environment.

On the other hand, a straw rationalization for conservative positions is to imagine their movement harbors the desire for theocratic rule with white supremacist undercurrents akin to the Handmaid's Tale.

A steel argument for the conservative point of view involves the pursuit of a society that encourages learned, absolute moral behaviors. This includes the idea that liberty and economic success stem from traditional beliefs and adherence to the rule of law, which conservatives feel has become too lenient.

To be sure these are arguments are incomplete and comprise the mere beginning of a thought experiment to seed understanding. Indeed, each of us can learn something by extending this exercise to those around us that hold different political positions. If we are less in a hurry to label another's ideology as evil, we just might find where our causes overlap, and just maybe our leadership will step up to work to get us all involved in becoming part of imperfect remedies.

At the end of the day, this election day or otherwise, we are all human beings on a planet whose health is in question due to its occupation by billions of humans. Still, we can work together toward making the world a better place for both humans and the planetary ecosystem itself. No, we will never agree on every issue, and, in fact, we are all susceptible to seeking out scapegoats to cope with how we see the world going wrong. Sadly, these intolerant, misguided, black-and-white, (blue and red?) points of view are not fully real and no matter how much our social media silos tell us they are.

If we can admit that reality is steel-gray, full of people who are a bit scared and a bit courageous, a bit wise and a a bit ignorant, a bit selfish and a bit selfless, we just might be able to come together.  Wielding compassion, education, effort, tolerance, that gray can become a pretty cool place to live for all.

Posted by Brian Bohmueller at 9:32 AM No comments: