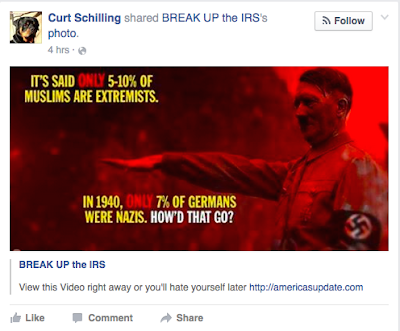 This position isn't Islamaphobic, which implies a 9/11 terroristic aspect to all Muslims.  In my opinion a comparison of radical Islam with nascent Nazism of the 1930's is not misplaced.  Indeed, what the secular world needs is the large majority of peace-loving Muslims of the world to stand tall, begin reform of Islamic principles and ally whole-heartedly with the rest of peace-loving humanity to work toward reducing radical Islam's devastating impact in the modern world.
Posted by Brian Bohmueller at 9:54 AM No comments:

After Googling twice without finding a single peer-reviewed study of that quintessential characteristic of awkward one-way relationship dependency, I hereby present (in officially blog-published form) my treatise overview on subjective neediness, applicable to both platonic and romantic scenarios.

With satirical empathy fully engaged, five discreet neediness levels are presented to permit you to assess others and yourself and to enable all parties involved to implement compassionate neediness corrective measures.

Neediness Level 1: Sticky Skin Intensity:  an organic, sweat-and-oil surface cling-grip between two individuals.  Often exhibited after initial coital episodes, this state has the benefit of creating a mild bond of reliability and trustworthiness between two people, if only because you now share the same bacterial microbiome.  Shower with warm water briefly to end this low-level physical connection, when unwanted.

Neediness Level 3: Velcro Intensity: The classic hook-and-pile clingy interest state in which another's unwanted personal attention sticks to you feverishly and at the most inconvenient times.  Makes a satisfying, and sometimes addicting, Vrrrrrrrp! sound when said partner is effectively stripped away from a less-than-desired situation.

Neediness Level 4: Duct Tape Intensity:  This in-and-around-your-face, wrist and ankle strapped union of two human beings can feel exciting for the first 90 seconds.  At least, until you realize the other person has 50 Shades of Grey boringness in mind for your eternal bondage. Removal of other person from your being can be straight-forward but may cause arm-hair-excruciating pain.

Neediness Level 5: Epoxy Weld Intensity: Dependency at its most dangerous, frequently so intense it transforms into codependency. Mental, physical and spiritual connection are sufficient to initiate resilient communication, mutual resolution-forging towards genuine acceptance and understanding.  May result in permanent cohabitation, life-long friendship or marital bond.  Separation may only be feasible post-mortem.
Posted by Brian Bohmueller at 2:45 PM 2 comments:

Sometimes life gets complicated.  We over-plan our schedule, over-program our productivity, and generally create over-expectations of ourselves.

We forget that we are an amazing conglomerate of billions of cells coalesced from stardust, a success story on the leading edge of 4.5 billion years of evolution, and an emergent collection of interconnected biological engines and sensation, all which contribute to this entity we call self.

In these moments of frustration, when we feel the whole world is on our shoulders, and the Universe is waiting in expectation of what we will do next, it might be wise to silently tell them to "fuck off," so that you can just have a moment alone to breathe...

Beneath a Sapphire Moon

This week I'm sharing a short story that was collecting pixel dust in my digital dustbin. Originally drafted in 2003, it is one of my favorite tales to date, one that toyed with trademarks and the reality of not knowing exactly what is going on in anothers mind. Enjoy. 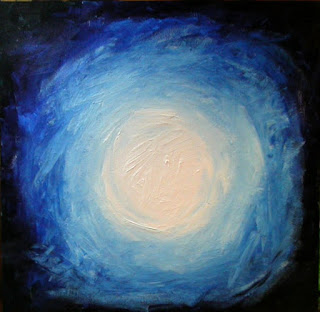 Beneath a Sapphire Moon™
By Brian Bohmueller

Helen, you made my night!
…beneath a Sapphire Moon™.