What is a non-believer to do when the holidays come along?  First off we can recognize that the
term "holiday" itself is result of semantic digestion and secular mastication.  Sure, the United States still endorses a Christmas "holy day," but the secularization of the outlandish virgin birth story has pretty much transformed the magical delivery of a messiah into the technological delivery of millions of gift-wrapped Amazon purchases, drone airspace regulations notwithstanding.

Moreover, Penn Gillette gets it right when he describes the non-conundrum with ostensibly religious holiday season, when he proclaims "Every Day is an Atheist Holiday!"  We non-believers simply don't need no stinking gods, miracles or new age energy to celebrate the beauty of the Universe, a joyful, meaningful life, time spent with friends and family, and involved with our personal ethical actualization.

Still, if there is one holiday that seems designed for the secular mind, it is Thanksgiving. Sure, Thanksgiving can celebrated accompanied by praise the lords, praise allahs, praise vishnus or none of the above.  Being deeply thankful requires absolutely zero faith in anything supernatural, yet Thanksgiving also is the perfect holiday to peacefully come together one and all to celebrate community and delicious high calorie nom-noms.

How can we give thanks and maintain our atheistic integrity?  Well, here are a few ways that I have found to express thanks with secular flair.

First, thank individuals for bringing meaning to your life.  This endeavor should be a sweet never-ending series of expressions.  Sure, a nice little gift out of the blue, say of some vegan, fair-trade chocolate never hurts.  Alas, sharing experiences with another person is the foundation of building a stronger connection, in particular when these experiences are buttressed by honest, kind conversation, conversation which can include our feelings and positions as non-believers.

Second, thank the greater secular community at large.  This can take the form of volunteering to do highway cleanups, providing services to the elderly, or any of a number of community beautifying and strengthening acts.  If we leverage our humanist and atheist organizations to be part of these efforts, we spread the heartfelt ideal of doing good for goodness sake that is a positive fundamental of our movement.

Finally, thank yourself every day.  Too often we forget to take the time needed to center our minds and allow joy to spread within us for the good things we have done daily.  I personally close out my day with remembered moments for which I was thankful that day, in particular how an ethic of rational perseverance aided in bringing a little more well being to the Universe.

And with that last, I'll simply say to each of you out there "THANKS!"
Posted by Brian Bohmueller at 3:07 PM 2 comments:

Of Suffragettes and Suicide Bombers

Recently I saw the historical drama Suffragettes, coincidentally in the immediate aftermath of the recent Paris attacks. The two events are quite different to be sure, but both also carry the common element of wielding violence to influence authority.

In the case of the British suffrage movement, London mailboxes were sabotaged, royal and public buildings damaged and a devoted woman stepped forward to her death injuring both horse and jockey in the process.  In Paris, several armed political Islamists connected to ISIS attacked a stadium, a performance hall and several other venues resulting in hundreds of injuries and over a hundred deaths including their own.  In both cases, the aggressors sought change by making a deadly statement.

The causes couldn't be more different.  The suffragette aggressors sought political equality with their male counterparts.  The ISIS aggressors arguably seek to reduce attacks on their expansionist and oppressive, politically Islamic regime.

And of course, the scale of these two events are quite different both in human lives lost and property destruction. But one need look no further than September 11th to find a similar disparity: nearly 3,000 American civilians were killed compared to nearly 150,000 Iraqi civilians killed in the retaliative war.  Does a higher number of innocent people dead correlate unequivocally to a greater wrong?

Such statistics is enough to make one question seriously whether violence can ever succeed at resolving the difficult problems that continue to challenge civilization.  In an ideal world, everyone would lay down their weapons and discuss the best way to get along.  Established power structures will veto that idea outright.

Still, I am a realist.  Judicious retaliation may need to be part of a short term solution when a rebellious group is actively attacking, regardless if the attackers are suffragettes or ISIS members.

Long term, however, even the most precise targeted violence with the highest claims of justice will not solve the overarching issues at hand.   Undermining ideologies which leverage falsehoods, oppression and violence takes the deepest compassion and perseverance of long-sighted people. Only by investing in secular government and secular education can we create societies which provide its people with peaceful paths to effect progressive change. 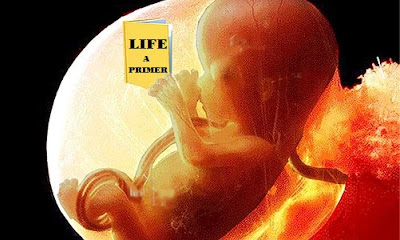 Personally, I don't normally subscribe to black and white statements, nevertheless, given this blog's mission, I'll end this snarktastic pondering where it ought to have begun: "Life is Good!"
Posted by Brian Bohmueller at 11:53 AM 2 comments:

Lately I've been contemplating my life purpose, or rather the many varied facets thereof, which, frankly is as it should be. A purpose uncontemplated is like a body unwashed. It is apt over time to get quite stinky. Purpose requires constant upkeep, refinement and re-evaluation to keep it working for you.

Importantly, the origin of ones purpose comes from within each of us.  The idea that one absolute guiding light purpose exists can be appealing, alas it is also simplistic, and all too often at the core of a profit making scheme. Sure external factors and third party input should be integrated into one's purpose after due consideration; however they should always be taken with a shaker full of salt. Too often even successful ideologies suffer from absolutist positions, be they religious, socio-economic or political.

Even my heartfelt philosophy of Goodness First has an aspect of ideological absolutism to it.  Yet, in spite of the first rule of Goodness First being its very name, the equally implied corollary is the recursive idea of Consider Second. Consider Second simply indicates the necessity of periodically taking a fresh look at all factors involved with an open heart and reasonable skepticism in play.

Of course, once you've recalibrated your purpose, implementation is critical.  Critical enough to warrant a dedicated post of its own.
Posted by Brian Bohmueller at 10:02 AM 2 comments: