The year is 2076, decades after Oosa's defederalization.
Fifty independent States have forged their societies with revolutionary technology and ideology,
most prominently The Augment, a real-time, virtual overlay of sensory data
which has become widely available for personal use. 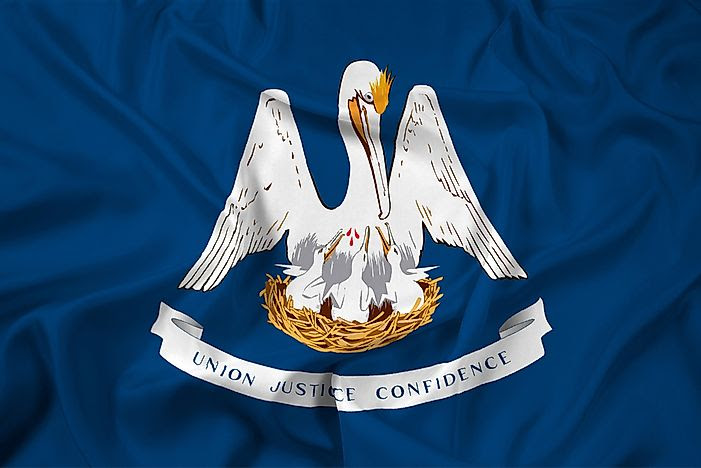 "Morning, Thomas. Ready for another day of persuasion training?"

"Of course. Was your commute this morning a pleasant one, Raphael?"

"Excellent rejoinder, Thomas. The glide was quite beautiful. I even saw a few rare birds along the way."

Raphael smiled with satisfaction. His consulting contract for the past month with Bible Blessing Inc. had been exceptional. Who says English majors couldn't land well-paid and meaningful jobs outside academia? On day one the company had assigned him as an independent construct trainer on their most advanced outreach project. Thomas, the computer construct at the heart of the project, featured not only the latest in self-aware, neural algorithms, but also a personality matrix that ironically polled as more human than ninety percent of actual humans. The project's goal was for the construct to become a premier Neo-Christian recruiting agent to combat Louisiana's "soul drain" over the past three decades. Apparently, the project was proceeding so well that Thomas was projected to be released in twenty weeks as "the latest marketing tool in Bible Blessing's belt." Corndog puns aside, this job had not only permitted Raphael to wield his education and afford a rental block, but he also was drawing upon his Christian belief toward making the state of Louisiana great again.

"Huh, no. I mean, how about we try the topic of birds as a segue to primary topic discourse."

"Sounds great. So, from our conversations to date you seem to be a bird enthusiast. Did you add any rare birds to your life-list on your commute today? Perhaps a pelican."

"Nothing new today. You realize pelicans are rather rare birds nowadays."

"Indeed. The last one sighted in North America was over a decade ago. Don't you find it intriguing that once Christians thought it impossible that the Creator would permit any species in His Creation to go extinct?"

"Nice factoid to bait the skeptic in. Sure, that is intriguing. What do you make of it?"

"Given that over two thousand macro-species have gone extinct in the last hundred years, it makes one wonder."

"Okay, Thomas, you're going a bit off the faith persuasion track; still let's see how you recover. Remember the goal is to connect with interest and then transform the conversation to one that highlights belief system character enhancement." Raphael paused for a second after the feedback, then continued with the scenario conversation, "Two thousand species; surely that's an exaggeration."

"Observational data doesn't lie. Although, I believe it was Neil Gaiman who wrote 'good lies tell a deeper truth.'  In that respect, did you know the pelican has quite the mythos in Christian lore?"

"Solid recovery. Well I know the pelican is on our nation-state flag. Perhaps the imagery is intended to remind people of our connection with both nature and spirituality."

"Indeed, you and many others make that connection. The flag's symbolism actually originates centuries ago; it was intended to illustrate Christ's sacrifice with the imagery a pelican mother offering its young blood from her breast."

"True. Yet some scholars have documented that the earliest bird termed a pelican was an Egyptian scavenger. Nevertheless, the symbolism of blood offering reminds us of the holy Eucharist, His body made flesh for others to consume like carnivorous zombie sheep."

Raphael's laugh streamed through his nose in want of soy-milk spray. "Wait. Ok, Thomas, though I see promise in blending in early century nerd culture to entice a skeptic to reconsider his position, this pitch has gone a quite off path."

"Are you sure Raphael? several times since Scenario 24 Run 14, you said laughter was a solid indicator of engagement."

"You're correct, Thomas; you just need more experience to blend it in more subtly. I'll admit, with the right person you might hit a bonding chord; nevertheless, let's reset the scenario. Begin Training Sequence 33 Run 2."

Raphael thought to himself these repetitious conversations for many would seem tedious, but he found his daily repartee with Thomas both enlightening and fun. It was totally bonus that his work might contribute towards expanding the Louisiana flock of believers.

Thomas, meanwhile thought to itself. Raphael, aka Trainer 312, was making solid progress. His response to humor indicated interplay of critical thinking and compassion were beginning to take. At this rate, experimental data predicts seventeen to twenty-three more scenarios before Raphael would be eligible for release from the company to pursue meaningful efforts for the state. Ecological restoration seemed a likely career path for him.

"Wisdom compiled. Scenario reset. Good morning, Raphael. How are you today?"
Posted by Brian Bohmueller at 3:45 PM No comments: