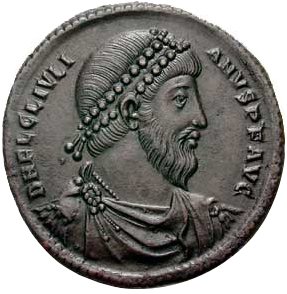 Unfortunately, the conservative belief that wants to retain its power by selling the past seems to mimic Julian's historic lesson: fight to the death.
Posted by Brian Bohmueller at 10:39 AM No comments:

I'm taking a break from the serial story this week as I am inspired by the latest superhero movie on offer, Wonder Woman. With your leave I shall wax pontifical.

Beyond here there be Spoilers!

Wonder Woman is an action and drama packed Hollywood parable extraordinaire. This is the latest DC entry its more noirish interpretation of human versus superhuman travails and serving as both prequel and sequel to the underrated Batman vs. Superman.

In short, my assessment of the film: Gal Gadot's strong presence as Diana dominates this movie like a veritable goddess. The romantic energy between said goddess and her mortal Romeo of a soldier suffers in awkward disparity. The combat action is seismic in its stop flow cinematographic execution, however, those same frenetic and bloodless battles underscore how detached we are from the reality of true violence. Modest nods are made to the wounded combatants of war, the desire for peace among foot soldiers, and social justice. The soundtrack in particular is amazing, drumming up an anxiety and primal call to arms during battle scenes. A valiant attempt is made to incorporate deeper themes including social justice, the endless cycle of violence, and the worship of battle heroes as gods. Overall, it's an engaging yarn with many levels at work.

It is not my real intent here to untangle the good from the bad or to further dissect the perhaps over-complex whole of this movie. Sometimes a movie should be just an escape, alas we live in a complex world and we are both blessed and damned to hear the opinions of those who want to pontificate.

Pontification #1: We worship our soldiers as if they were gods.

Wonder Woman is both warrior and goddess, embodying an almost Christ-like figure, in her attempt to wield force to attain peace. For we mere mortals, it is embedded in our evolutionary programming to kill other creatures, to seek revenge, and to align in tribes to do both more effectively. And for thousands of years the honed assembly of (mostly) controlled violence has been a dominant energy in asserting and maintaining power. To this ends we celebrate our tribe's soldiers and their "sacrifice" against the other tribe's celebrated soldiers. Evil and belief and bravery and country are thrown out as motive time and time again as to why each side is always more in the right.

Might we not celebrate more those who strive to overcome our violent origins fighting peacefully for the long and hard journey to forge a unified world tribe, one which continually reduces the for-profit, power mongering, industrial military complex culture we now live in?

Pontification #2: There is no magical solution to ending all war.

Ares, the god of war, is the entity in this movie that incites humanity to war, in an effort to return Earth to paradise. For a fantasy film it makes for a great device to have a menacing boss character whose elimination will restore all the good that there used to be in the world. In the real world, too often we pine for some mythical past where law and order was perfect, whether it be the Garden of Eden or the Leave it to Beaver 1950's. I'm sorry to confirm that the world has always been full of destabilizing mechanisms that we will never fully overcome. Natural disasters, the loss of loved ones, pain, and bad Alien sequels are part of life.

And yet Wonder Woman give us an augur of hope that love can conquer all. Not love for her mortal soldier alone, but a love for the potential that the human race may find its way toward greater stewardship here on Earth.


Posted by Brian Bohmueller at 9:30 AM No comments: 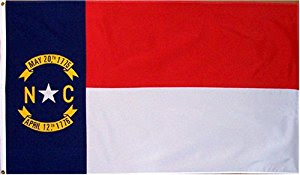 Posted by Brian Bohmueller at 12:58 PM No comments: