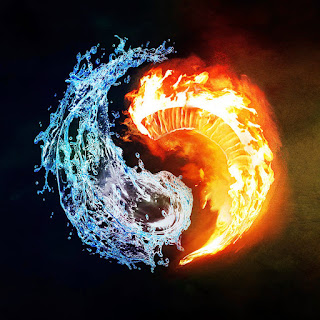 "Hate is a fire that is best put out with kindness." - Anonymous

"...okay, Vlad, let's set aside your religious upbringing. I think we've established your deep connection with your mother and the Russian Orthodox Church and how your religious beliefs have driven your governing philosophy. Can you tell me more about your father and your feelings toward him?"

"Sure. He served in Russian Navy before the German aggression, and then fought as an infantry soldier involved in the defense of Stalingrad. He was severely wounded, but was very brave. Our relationship was never very close. He preferred spectator sports, but we played chess regularly."

"I like playing chess myself, Vlad. So, it sounds like you desired a closeness he never gave."

"It is not about closeness. He was pawn. A pawn for righteous cause, to be sure, but still pawn. I am grateful for his sacrifices, but I aspire to achieve more than he ever dreamed. This world is here to be taken or taken away, and I resolve to do the former."

"What I'm hearing is that your ambition is a priority for you. Have you made any lasting friendships along your ambitious journey?"

"Friendships are lie about joyful give and take for mutual benefit without external gain. In my life, I cultivated connections that would establish pyramid of power that would be unbreakable. Friendship plays no part in that accomplishment."

"What about your daughters? Do you have a good connection with them?"

"I am strong influence with them. They will receive good education and live productive lives."

"Do you tell them you love them?"

"My actions of giving them safe place to live and to thrive are the most loving gesture any father could make, no?"

"No, Vlad. Individuals are not purely utilitarian. Sharing hugs, playing games, singing songs together are the foundation upon which people build meaningful lives alongside friends, relatives and even strangers."

"There can be no hugs without safe place to live."

"True, Vlad, but a safe place to live can be a tomb if there is no love."

"I will think on this, doctor. Now I must go. Siege of Mariupol needs guidance that only I can provide."

"One last question. Do you find the deaths of others pleasant when you rationalize the need for expanding the so-called safe space you seek for your country?"

"Necessary. Yes. But pleasant? That is emotion for those without ambition."

The office erupts in flame from a small thermobaric device hidden in the chess set the therapist had brought along. It was not closely examined upon entering the east wing of Vlad's palace. Hours later the charred remains of two bodies drenched in fire suppression gel are identified and eventually interred.

Over the following weeks and months, tears are shed for one of the two humans killed in the fire. The expansionist, Russian pyramid of power didn't topple immediately. Still, it no longer had such a pointy crown at its apex and the global and regional happiness index went through a notable inflection point upward.

"Kindness can be a breeze that goes unnoticed by some." - Anonymous

Posted by Brian Bohmueller at 12:48 PM