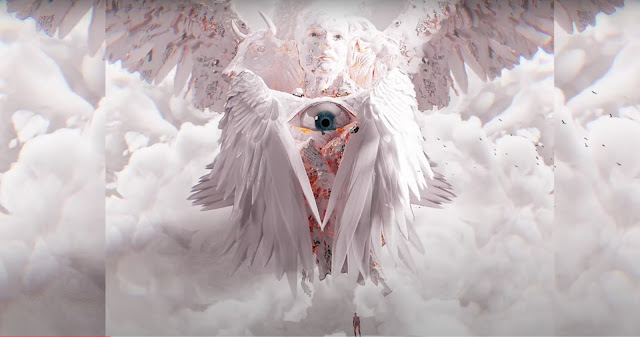 The past few weeks have been beyond crazy and exhausting. The Ukrainian morning ripens into day, decomposes into night and sprouts into morning once more. This morning's sky has a particularly dark eggplant hue. Can you tell I've been dreaming of fresh produce? The Russians have had the city under siege for seventeen days leaving us nothing to do but ration our supplies and wait. Now our backpacks are overflowing with whatever food we can pack in them. Even my daughter Maritza, a stalwart vegan, nods in stoic agreement as I hand her cheese and canned herring to stuff in her pack. Exiting our home of twenty-one years I see tank silhouettes on the ridge to the East.

We head up the block with the flow of disheveled refugees. The peace talks may have failed but it was finally agreed to this morning that civilians will have until 0700 to cross the west bridge, on foot only, to designated evacuation areas. My Fitbit reads 0620 so we still have forty minutes to cover the two kilometers to safety. The crowds are a tangle of dreary humanity bundled in multiple layers carrying and wheeling supplies, toddlers and oddly jutting heirloom items that might come in handy paying thier way through refugeedom.

I keep glancing at my Fitbit as time seems to be behaving strangely, ebbing and flowing in spurts. My fear and determination are ratcheted so high the surroundings are all ablur. I attempt to focus on Maritza leading Baba and Luka through the knotty mayhem as fast as they can manage while I carry up the rear playing sweep. But this is no recreational mountain hike; the mantra I repeat in my head is a dirge "no one will be left behind."

Fitbit glance five hundred shows 0627. It is then the first round of mortars launch. The shrieks of people saturate the air and the tanks behind us glow amber among smoky projectile streamers. Ignition flashes light up in sequence with the rapidity of popping popcorn. I can't help but think back to the New Year grand finale firework show which cause me to smile absurdly. Existential fear compels me to check myself; I take in a deep breath and cross my heart in slo-mo, sending my sincerest prayer to the holy Trinity to protect us. Perhaps it's the adrenaline, but my fifty years of contrite belief wells like a geyser. I am supremely confident we will receive holy protection as an epiphany fills me unlike I've ever felt before.

In that moment the violet sky shifts instantly from deep violet to a strange and translucent scarlet. I wait breathless but not a single explosion comes just as we are about to mount the bridge on-ramp. In fact the silence is, to be cliché, deafening. Startled at the soundless quality of I can't resist looking around to find the whole crowd perfectly still in evacuee mid-step. It appears only I am moving whatsoever and and then I spot mere meters above the crowd  dozens of mortar shells and a cruise missile frozen in midair pointing at us like the disembodied fingers of malevolent deities. Something supernatural is indeed underway.

As if to confirm my conclusion, a scene from a Marvel Universe movie unfolds. Giant, white flying behemoths flapping enormous wings glide down from the stratosphere. With six taloned feet each creature seizes half a dozen refugees as they glide through. I too am yanked from the surface by a claw and whisked away without explanation. The speedy, silent rescue has all the qualities of an angelic hallucination with Lovecraftian touches. Once airborne, the flock of feathered monsters take us on a swooping, rollercoaster flight that is more vivid than the highest resolution virtual reality experience imaginable.

We move so fast the wind makes it hard to breathe, but within a minute my family and hundreds of other Ukrainians are deposited in a distant field across the river. Somehow I know it is Poland or some ethereal place that serves as a neutral zone. My heart skips a beat and a lightness fills me telling me we will all be safe. The red-shift time freeze ends as quickly as it began. As the seconds float by the sun tops the mountains to the east. The six legged saviors vanish upward into the sky and people around me begin moving again. The shrieks that had been cut off continue for a split second until each of my fellow Ukrainians realizes we stand together in a safe place. I get on my knees and thank the Trinity profusely, perhaps being the only one who knew a heavenly intervention had just saved thousands.

Then I hear my Fitbit chiming. I resist looking, not wanting to end my prayerful incantation. It grows louder and insistent and so I give in. But, no matter how I strain the digits don't resolve; they are too tiny and gibberish. I close and reopen my eyes which does the trick and I see the dial reads 0601, which doesn't make sense. Had the angels taken us back in time? Wait, I tell myself, why am I lying down? The Fitbit alarm continues chiming and I look around seeing only darkness. And then the explosions erupt all from every direction. Mortars and glass and splinters and flashing light that deafen me as I roll tangled out of my bed onto the floor of a burning, collapsing house.

A scream pierces the firelit tangle of ceiling fragments and furniture. It is I who is screaming with Baba beneath me. She is a barely recognizable bloody tangle of flesh and intestines. I listen for Luka or Maritza expecting cries so that I might home in on them and help, when an thermobaric weapon concusses demolishing wood and concrete and spreading a wave of flame that I inhale like a demon's holy communion. As I flail on the ragged floor, confusion and noise and heat register only as a hellish contemplation of existence imploding entirely out of my control. With the last beat of my heart I know now no higher power is coming to save us. I am alone and afraid and angry, when all goes dark.

Posted by Brian Bohmueller at 11:16 AM