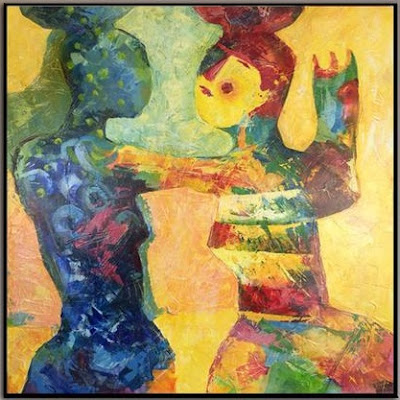 In my contemplation of the best path for myself as both individual and part of humanity, I've resoundingly found compassion and reason to be the the primary components of pursuing an effective ethical journey toward the goal of sustaining a healthy planet at all levels for all of its constituents.

In the cultivation of relationships, I've been much less successful at finding a process that is as fully encompassing, leaving me to suspect that achieving positive human connections remains more of a black art. In particular, I've come across sources that favor simple acceptance as the core to achieving successful human connections. Toleration on the other hand harbors the nuance of holding a state of judgement to another's non-violent behaviors or beliefs in addition to accepting the person's right to hold them. Toleration might also imply the desire to influence the other to change.

I appreciate the hands off approach of acceptance as being fully non-confrontational with acquaintances and everyday people that pass only briefly through my sphere.  "Live and let live" might be the bold libertarian core to such acceptance that transmits the feeling caring egalitarianism.

And yet, I have a hard time seeing why one with well reasoned, evidence-based, and compassionate positions wouldn't feel obliged to inspire others and community policy to ratchet up human ethical mindsets. Perhaps, direct influence of individuals is simply at odds with human nature, unless coming from a perceived divine source. Perhaps, when it comes to personal relationships there is a benefit to simply ignoring differences of opinion to facilitate cooperation on an unrelated project, whether that effort is in the workplace, friendscape or family network.

All of which leads me to the conclusion, sometimes things can be overthought and overwrought. Perhaps, radiating goodness and laughing joyfully in our daily is simply a solid fine starting point for living daily life.
Posted by Brian Bohmueller at 12:09 PM