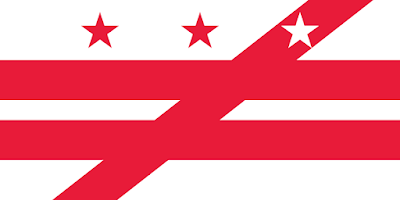 "In conclusion, the question brought to the court today is whether to attribute a baseline level of rights to Artificial Constructs or not. The prosecution maintain that Ay Cees are non-conscious, material machines designed, manufactured and owned by human beings. They would have you believe to provide basic rights to them would be akin to ensuring that every ip-enabled toaster, autocar and smart VisAR would be afforded protection and entitlements under the law and in so doing would destroy the stability and prosperity of our beloved State."
As she said this, District of Columbia Attorney General Lyssi Vipe tapped the sleek VisAR unit that snaked across her eyes to remind all present of the augmented reality hardware most persons present in the court were themselves wearing.
"To be clear, we the defense do not claim that consciousness, self-awareness or an archaic soul of any kind resides in the programming of our client, AttorneyMine, or its peers. That claim would be unsubstantiated and without precedent...as the same claim remains unsubstantiated for any non-human animal, for any enslaved human, for any female human, for any gay human and for any property-less human who at some point in history did not have established standing, whether in the Nation State of the District of Columbia or the defunct nation to which we ostensibly belonged."
The Attorney General walked to the far side of the courtroom She gestured with a theatrical flourish from the District of Columbia flag and then to the blue-skied forumscape beyond the towering, fractal-patterned windows.
"Remember. Nearly fifty years ago our State separated from the American Union to forgo a federal mandate which would have provided baseline rights and standing to non-human animals. Conservative concerns that the vegan movement would obliterate traditional culture and decimate our economy stirred the greatest divisiveness since the election of Trump and the leftist regime that followed his bot-induced suicide. Yet here in 2076 the District stands strong and independent as a nation State with rational, non-human animal rights integrated alongside human animal rights. And that State, our District, our culture, our economy and our beloved way of life have nonetheless thrived ever since!"
Recentering herself in the court Attorney General lifted her chin to the nine Supreme Court Justices to look them in the eyes. Or rather she looked them in the VisARs; only Chief Justice Vasquez' eyes could be seen as he chose to wear a retro rose-tinted, transparent VisAR.
"Honorable justices of the court, we appeal to your wisdom and to the self-evident principles of the great District of Columbia to accord baseline rights to Turing F3 individuals not only so they can thrive as part of our State but also so that they can be held responsible under those same auspices. To not do so is to fail to recognize the sacred merit of artificial beings that are part of the District of Columbia's past, present and future."
Attorney General Vipe paused to punctuate her statement.
"Thank you, honorable justices of the court."
With a grim smile, Chief Justice Vasquez nodded severely; his long, raven- hair curls jostled with equal severity about his ninety year old rumpled face.
"Thank you for your closing argument, Attorney General. The court will now adjourn for deliberation. Expect our ruling by the end of the current year's session."
As the justices rose, Lyssi Vipe closed her eyes behind her VisAR and inhaled deeply. AttorneyMine sensed her anxiety and whispered to her via auditory neural-link.
"Well done Lyssi-lei. Mentioning the Trump collapse and that final bit about the sacred merit of artificial beings in particular pressed all the right buttons. Given all physical and temporal tells of the court, I predict a ruling of two to seven. For now we constructs will likely remain outside of District personhood constraints...which means it is time for a preliminary celebration with your team. MareTreePi has reservations for you all at Sushiplexus on Fourth and Main, courtesy of your thankful client.
"Enjoy!"
Posted by Brian Bohmueller at 11:33 AM