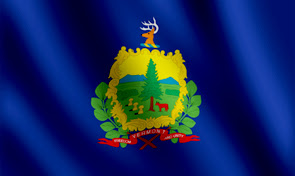 The First Law of the V-State: Violence Focuses Chaos

At her campsite in the remote White Mountains, Shivare tosses the yellowed hardcopy page by page into her campfire. The time for contemplating philosophy is over though she now contemplates the two meter high pyre fueled by the antique paper from perhaps the last remaining copy of "V-State: Violence and How Humans Implement It."

The manifesto bloglet had been a gift to her from her father back in the '30s; he had hardcopied an xpdf from the Red Web before it went black PostFed. Special interest censorbots since then had purged unapproved online publications deemed scandalous in the state previously known as New Hampshire for decades.  Paper printouts, however, were immune, mostly, to such obliter-tech.

Now in her eighties, Shivare found it hard to believe there was ever a time when libertarian market forces advocated open source data access, alas the niche rogue tribes of this fully liberated state had demonstrated ravenous data annihilators were one of many results of complete deregulation. As such, the border states had built a Trumpian communication wall to keep Shivare's rogue state electronically isolated.

The Second Law of the V-State.  Violence Invites Order

Shivare gathers up her backpack, barely glancing back at the campfire as its indifferent flames begin licking up the side of her utilitarian log cabin. Her foraging gear, mobile CBT lab and the rest of her hard print library would be ashes soon enough, ashes that would fertilize the vicinity and provide carbonaceous building blocks for whatever life might find its way in time. For twenty-seven years she had defended this acre as an autonomous entity, indigo sociopath, and pioneer willing to confront dangerous ideas and circumstances head on.

Shivare imagined the ethics scholar who wrote the V-State blog back in the teens had intended parody, but her and her father had seen it as an actionable manifesto. The core idea espoused by V-State was nothing new: violence was the primal source of power for those who dared use it.

From Cain to Cthulu; from AmPats to Daesh; from Third Reich to NATO 2.0, those who wielded violence with strategic conviction commanded the plot threads of civilization in one way or another. In the realms of fiction and history violent ideas and actions time and time again dictated the landscape of the story-line.

Even before human society reigned supreme on Earth, other species had evolved improved attacks and defenses across the battlefield of time. Humans just upped evolution by a few magnitudes when developing their mechanisms of violence, not only against each other, but against the planet's ecosystem as a whole.

The Third Law of the V-State: Violence Begets Violence

Shivare's hike brings her to a rocky precipice, the summit where the Old Man of the Mountain used to look out over the valley. The rock debris of his face lay shattered, a random mess of granite boulders below, granite fragments one would never imagine had once had the form of a giant's scowling countenance.

Humanity's scowl for centuries had grown ever more dire. In aggregate developed newer and newer mechanisms of violence. Goat jaws gave way to swords which gave way to mercenary drones; shovels gave way to chainsaws and monster caterpillars. In general, society put its value added into weaponry of every type: nuclear, mechanical, chemical, biological and informational; each knowledge ingot was forged into tech-armies to engage the ideological wars.

Shivare shrugged at her reflection on the V-State. She was human and could not deny her very nature. She had brought her own engineering skills to bear in building hybrid infiltration systems, integrating nanotech and biotech for recon, defense and attack schemes.  The latest viral commands she developed could terminate an organism at the cellular level with expediency. Distribution protocols on the otherhand were a natural bottleneck--so easy to design a deadly bullet, much harder design the delivery system for it.

Sitting on a boulder with the smoggy sprawl before her, Shivare pulled out her her life's work. One vial's worth. With a shortest of sighs she popped the plastic stopper and downed the vial's contents. It tasted a bit oily due to the polymer medium that kept her microscopic creations in stasis.

Maybe this would change the world, thinks Shivare.

Shivare's death takes about fifteen seconds. The frozen smile on her face is the toothy grin that has for evolutionary eons signaled the confidence of a top predator. Fifteen seconds later her skin deepens in tone until it is obsidian black. Her reclaimed body then explodes in a maelstrom bits the size of deer ticks which dissipates quickly on the mountain breeze; 15,323,711 human-seeking, nano-drones launch to find their programmed destiny.

The Zeroth Law of the V-State: Violence Is Until It Isn't

-------------
New Hampshire Retrofactual: The Old Man of the Mountain was a glacial granite formation in the White Mountains that collapsed on May 3, 2003 in spite of decades of human attempts to fortify the popular pareidolic landmark.