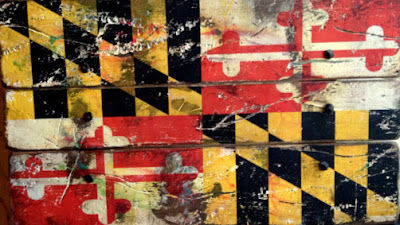 Maynard meandered along the rusty fence line. At just over four hundred kilos, walking was becoming difficult lately; add to that the weight of being a bit lonely. Maynard had been on his own now for a few years and didn't know he was the last of his kind, well the last bovine in Maryland anyways.

At twenty-eight years old, Maynard was now more than twenty years older than his human breeders had ever intended. Belted Galloways had been typically slaughtered between age six and eight to maximize the profit of his human captors. Beneath his striking two tone furry coat, Maynard was a rather plain creature; plain in the manner of sometimes being bored, sometimes joyful, sometimes irritated, and often uncertain of what lay before him.

Maynard had wandered Maryland's open pasture parkland for most of his life. For a few years in his early teens, a donkey and a horse had been his daily companions. The trio had been the stars of drone vid-streams for the better part of a year back then. Together the three ruminants had explored valleys rural and suburban foraging for grass during Maryland's snowless winters. The trio often annoyed each other, still having fellow creatures to sleep alongside provided warm comfort both physical and psychological.

We take Maryland's mix of progressive and conservative policies for granted now, but when the state established its sovereignty back in 2058 the legislature forged several seemingly radical policies to solidify the political stability of the time. Famously, that was the first time a human legislature included artificial constructs in their midst to craft their post-federation future.

Struggle is frequently cited being at the heart of living.  From a nasty eye infection to fending off the occasional aggressive coyote, Maynard's life had its struggles too.  To be sure, he wasn't exactly the epitome of evolution given his current habitat. His ancestors had been chosen for esoteric reasons: survival in the Scottish Highlands, unique fat marbling and the general docility of their behavior under stressful captive conditions. Still, the roaming instinct hadn't been entirely forgotten; hunger and mobility were effective adaptations that Maynard brought to bear in his life journey.

Beginning in 2055 the Maryland legislature counted three non-voting, artificial constructs among its number. One represented the rights of non-human animals, while two others stood for the ideals of environment and creativity. In the early years the resulting political discussions were animated, and frequently the ideas of the three congress-constructs were side-stepped. Still, on occasion, the constructs were able to catalyze new approaches, one of which was the Maryland Humane Animal Act, a breakthrough policy that brought an end to animal abuse throughout Maryland's borders.

Like anyone free, Maynard's life was a string of events, many which are simply unknowable. Still, the aggregate of intercam recordings, human encounters, and reasonable speculation have contributed to several documentaries with Maynard at the center. Often the nevers were the focus of the narrative. It was likely Maynard never knew his parents. He never knew the hundreds of millions like him who had been imprisoned, euthanized, flayed, butchered and sold for parts. And ironically Maynard was sterilized as part of MHAA as part of Maryland's long term environmental plan; as such, Maynard never knew the fullness of a sexually active life.

Several other states followed Maryland's example: closing animal breeding facilities, feeding gulags and slaughterhouses. The double benefit of humane ethics and profitable new-tech food manufacturing was quickly putting traditional animal husbandry out of business. Whether empathy or business acumen had led the way continues to be a point of disagreement among historians.

Maynard lay down for his final night's rest on June 21, 2076. Many will remember the stubborn attitude of this Belted Galloway from viral footage in mansionland. Yet, for many a Maryland writer Maynard was more than bull who lucked out to wander free for most of his life.  He became a symbol, of the relationship between the non-human and the full citizens of Maryland. No one can know the last thought Maynard had, though by all accounts he passed peacefully from this world. One hopes that we all have the same opportunity Maynard had, a chance to journey, to struggle, and to be free.

--excerpted from Maryland Is Its Stories, by Ricardex Tri, Creative Construct Officiate 3.7 of the Maryland State Legislature

Posted by Brian Bohmueller at 10:33 AM