Battling the Cancer of Human Society 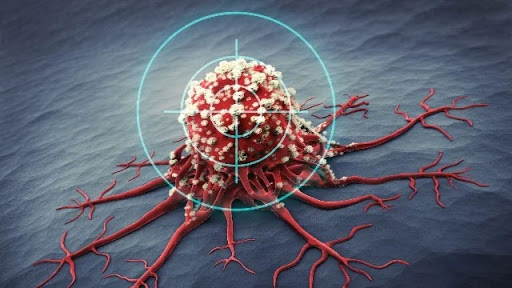 What is cancer exactly? When cells within an organism replicate incorrectly and in unchecked fashion. Normally the immune system targets and removes cancerous cells preventing cellular system metastasis which over time can lead to bodily function failure and death when one or several systems perform below nominal.

Civilization and the Earth's biomes are analogous to competing organisms; one might push that analogy to represent symbiotic cells in a single larger global organism. If the right balance can found, all planetary life might thrive in synergy.

Alas, human society has become a monoculture of unbridled success to the detriment of the many global biomes that have generally thrived for millions of years. In mere centuries, the human economic power has been unleashed, culminating in free market capitalism. This economic ideology in particular has failed to sufficiently value the health of the biomes as it expands with ferocity.

Science has provided insight that has fueled this expansion, while noting in passing how global biomes are failing while human population and consumption continue, exacerbating the damage.

Speculatively, a mindful, compassionate civilization would prioritize significant evidence-based policy to re-establish and maintain the long-term synergy of the planet. Then, humans can thrive alongside all the ecosystems of Earth.

Ideally, evidence-based education can be deployed as a vaccine-like remedy. Sadly, the goal of most human education at its core remains individual success that contributes to the runaway free market system alongside misguided ideological indoctrination. If human civilization expansion and consumption continue, there is no doubt the planetary balance will fail, and a severely unhealthy, perhaps dying world will result.

If the Earth is to remain healthy, acting in unison to improve and maintain the Earth's health needs to become the primary task of  Earth creatures. To that end, of the Earth's species only humans have the capacity of mind and action to lead such global health stewardship.

As individuals and communities we can reduce our footprint and increase our participation in evidence based policy and education to pursue a healthy global outcome. Elsewise, the cancer of current societal norms will spread ever further, weakening this amazing world we belong to. Indeed, it is unlikely the Earth will die outright in the short term, but that does remain a possibility. Still, without significant change, it will gradually become a ghost of its former self edging ever closer to a multi-monoculture of humans and vast prisons of the species we feed on.

Posted by Brian Bohmueller at 9:36 AM