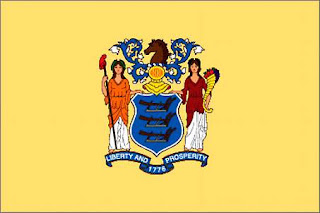 Lacey reclined on the blanket Patra had spread in the pine grove hollow.  The smell of shortleaf and pitch pine hung like a subtle enchantment about them. It added to the comfort of the firm bed of fallen needles beneath them.   Several raptors circle-drifted high above in a silence of sky only occasionally severed by the doppler of a delivery drone on its low altitude journey.

"Look at those black vultures up there," shared Lacey as Patra joined him laying alongside, snuggling into the arc of his extended upper arm.

"Arr Aay Emm. How do you make bio Aye Dee's so easily with your visAR in red mode, Lace?"

"The white wing tips are the giveaway. Can't depend on cloud Aay Arr for everything."

"I don't, " she retorted, playfully jabbing him in the ribs, yet leaving her visor in active mode, as if to contradict.

Lacey laughed. "How dependent we've become on the augment. Bet you'd forget my name if you didn't have an overlay to remind you!"

"I won't have to remember it in True," she quipped, "since tomorrow you're going out of State, taking the deserter's offline path."

"Yeah. I'll miss you too." Lace double-blip paused then continued with seriousness engaged. "Patra, it will be good to fly Truly free for a while offcloud entirely. In a way I think it will be like those raptors up there. Can you imagine the how-where of their view?

"No need to imagine; most of 'em have Tee-Rackers." She single-blip paused. "Looks like this morning they swooped over the Seven Three Two quadfarms: mostly blueberry fields, cranberry bogs and the east end of Batsto Hydroponic; and twenty-three minutes ago they arrived above us here at Pinelands Area Kay."

"Ell! Ohh! Ell! Augment swoops in for the overkill. So, did you know this area used to be called The Pine Barrens back in the twentieth...and shut that visAR off, will you? I want to spend this last day with you, not your cloud acrobatics."

Lacey sighed. "Anyway. It must be amazing to live a life in flight, keeping ones senses tuned outward in search of food...and of being alive. I guess that's what appeals to me most about heading outta State."

"I thought your primary was to settle down. Find a woman to procreate with and all."

"Clinical as ever, Dr. Pee. But sure, the lottery in Jersey ain't working for me. I've had balls for ten years now, and I guess part of going fully trans was to pursue fatherhood, you know, raising a family with a woman I love."

"C'mon, we've been through this. We are soul mates, just of a different kind. You're fine with the PopCap standards Jersey adopted. Me, I want a son or daughter to raise and inspire. Needing State approval to override my sperm valve drives me fragging nuts!  And yes that pun was intended!"

It was Patra's turn to sigh.  "What will you do if you can't obtain State residency at the end of your Intrastate visa? Will you come back to little Enn Jay?"

"Eff Eff Enn. Jerseyians are so spoiled! You all brags how Enn Jay is the only State to make post scarcity economics actually work. But at what cost. Everything is so automated, you never feel entirely alive.  And limiting human residents to two mill has driven the State to a dystopian extreme; it's made our people as soft as they are prosperous."

Patra retorted, "Don't Trumpty Dumpty what works. You can call Jersey a proggy art colony with mech-farms all day long, but it doesn't change the fact personal creativity and health thrive here well above any of the other fifty-one."

"Well I'm not thriving! That's why I'm getting out, Patra."

An uneasy silence fell between the two. All the while, June sunshine, wispy clouds, and a scattering of Tee-Racker black vultures gazed down upon them. And in that silence their embrace side-to-side grew tighter, as even stubborn tectonic plates are apt to do, given enough time. Eee Enn Dee.