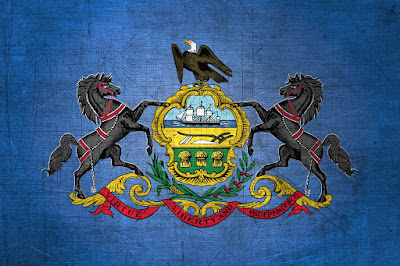 "Donald, after examining the Liberty Bell, what is your impression?"

"It's an old, dusty lump of metal with a crack in it, Mrs. N.  A reminder of a flawed era long forgotten."

"That's a bit harsh. The crack in the bell is actually a hairline defect. What most people call the crack is really a repair. Valeria, do you agree with Donald's assessment?"

"Well such an acoustic bell is of archaic design. Still it's an example of effective pubcomm tech used for both secular and sectarian purposes at the time. Emergency sirens, radio alerts and mass tweets are other examples of obsolete PSA tech."

"So the Liberty Bell served a function for society.  Ayaan, can you build on Valeria's comments?"

"Um, I know during AmRev wartime the metal of town bells was often sought after by the Redcoat army for use in munition manufacture. So maybe the Liberty Bell was reveled because it represented colonial resistance to the British Empire.

"That's a well reasoned position. Marina, do you have anything to add?"

"Well Mrs. N, we learned when the States were federated, Philadelphia became the national capitol for a while. Perhaps icons like Independence Hall, Ben Franklin and the Liberty Bell were turned into story-like tropes to coerce the States to remain incorporated in spite of their distinct value differences."

"Ciertamente! As a bit of trivia, this 4th of July would have been the Tricentennial Celebration of the United States.  Perhaps, if Nine Eleven and Big Six hadn't happened we Pennsylvanians would still be celebrating it.

"Ok class, take any last data grabs for your weekly project from the VR sim.  Be sure to file your media collages with embedded references in the exhibition v-space by COB today. Online evaluations of other students' work are due Monday. Have a great weekend! Class dismissed."

"Well, you mentioned you saw the Liberty Bell in TR when you were a kid. Was it different than the cloud-sim?"

"That was more than fifty years ago, Donald. But yes, you know the True Reality vibe.  With the Liberty Bell you still couldn't touch it in its museum space, so visually the sim bell is excelente. Yet I also recall musty brick textures, Lev2 security, student zebraplay and, oddly enough, the smell of ammonia. The Liberty Bell amidst all that had a presence; it connected you to past and future with palpable awe. Grok?"

"I'll greensip it. Do you think they'll ever let people back in Philadelphia?"

"We can discuss that in more depth next week when we start the Big Six era, Donald. Why don't you read through the intro wiki. It has some ref links to dirty bomb tech and the ongoing cleanup in Philly."

"Thanks Mrs. Nguyen. Off today."

Posted by Brian Bohmueller at 11:27 AM