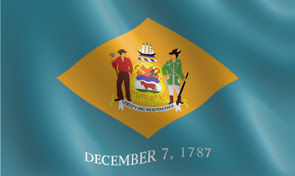 Ron saunters along the Nature Path 3B, a sandy inland trail of the Cape Henlopen Restoration Area. The textures and colors of the salt marsh flora are crisp with no detectable motion blur or pixelation. The Deus Optica visAR was an older model to be sure, but it provided an augmented experience of the highest quality for the price. As an outdoorsman purist, Ron has the augmentation of the unit dialed back. The single scrolling sidebar is set to high contrast violet to stand out against both brush and pine.

In Ron's view, those who hunt with science fantasy horror themes engaged might as well stay at home with their vr beds and plastic rifles. As a kid he loved watching the old-timers youtubing about the open season era, back when Delawarians hunted wildlife for food and the primal experience of being the predator. Those vid stories were an addiction, even though the killing itself was totally at odds with a wholistic conservational ethic. Hunting wildlife was almost as backwards as the blue hen cock fights the Delaware militia made famous in prefederation days.

When the Delaware Restoration Trust made conservational hunting licenses available a decade ago Ron bid high.  The second mortgage he'd needed was a strain on his budget, but you couldn't fault the restoration trust's business model. It worked. Employing thousands of employed earth science stewards, twenty percent of Delaware's biomes had been returned to near pristine status. Tourist and hunting licenses, not to mention crowd-sourced rewards, were a boon for the state economy; and who could argue with the environmental scores the DRT had maintained compared to other states.

Like a captain lifting his telescope, Ron raised his weapon swiftly toward a rustling sound ahead and to his left. Then, lowering it back to his side, he watched as two beautiful adult white tail deer bounded across the trail about fifty meters distant. The deer population had been stable and healthy for several years now, ever since the coyote and mountain lion numbers had reached target levels. Suddenly, a low mottled form dashed across the trail in pursuit of the deer. With a peripheral glance Ron consulted his sidebar for an update.

Hot damn! A legal target. Ron brought his rifle up smoothly again, now coordinating the weapon's trajectory with the HUD of his visAR. The invasive predator sped through the brush beneath amber crosshairs; a series of targeting chirps reported the inability to acquire a lock. Instinctively, Ron put his fingers to his mouth and blew a high-pitched, rolling whistle. The four legged beast halted, and stuck it's head up above the brush, its tongue lolling and tail wagging.  The target lock tone sounded and his weapon automatically discharged a three shot burst. State approved conservation weaponry made take downs effortless, all the better to maintain the ecosystem with humane precision.

Ron approached his kill with excitement. A predator removal was quite the rarity; the crisper protocols had pretty much wiped out all the strays years ago. The tourist who permitted this registered animal to go off-leash would certainly catch a massive fine. Hell, they'd likely be banned from Delaware preserves for life. What was the idiot thinking?

Ron slid his hand along the white and brown fur of the animal's neck. Just below the collar the deadly shock slugs had affixed like oversized ticks at center of charcoal singe marks. A jack russel terrier perhaps, thought Ron; quite a beautiful specimen. The bone-shaped tag had "WONDER" etched into its golden surface. A wonder indeed and now a wondrous little victory for managed environment spaces.

Posted by Brian Bohmueller at 3:57 PM