The Marriage Between Earth and Humankind 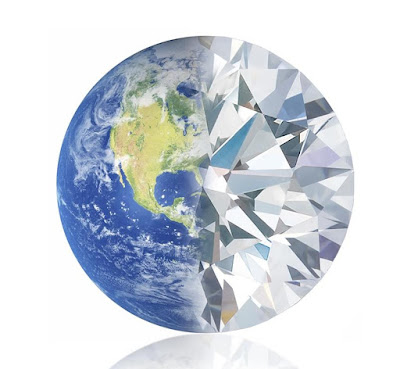 The civilization we're born into sets expectations. It's essentially an arranged marriage from the start. From an economic perspective the traditional hope has been that each human will play a proactive part in the regional pyramid scheme. The human hegemony on Earth has only been active for a few thousand years and yet total domination by our species is pretty much in place. Promises of pleasure, prestige, and power have all contributed to the ongoing proliferation of humankind.

At the evolutionary level our bodies tell us to survive using all tools possible. At the family level procreation and loving respect fuel the drive. At the community level competition and tribalism incentivize our efforts. At the regional level nation state engines rally its people to produce at ever increasing rates to secrete opiates that entertain and empower the primal mind and collective.

As such, to date individuals generally ride currents of influence from all these traditional sources. Love of gods, of government, of family, of wealth, of career are all vertebrae of the backbone of civilization. If our goal is to build and sustain heaven on Earth, a biodiverse, planetary environment within which all Life can thrive, then the human hegemony model must be designed. Evolution moves too slow.

To achieve that end, civilization and the human mind need a metamorphosis. Imagine a world where each human is educated to the fullest with the end goal to contribute to a healthy planet; a world where every vocation plays its part in reaching and maintaining an Earthly paradise of living things.

Who am I kidding, Civilization and Evolution are in cahoots. Humanity is the ultimate invasive species, spawning and consuming at every turn. Each human a cancer cell bent on its own salvation. The Earth is at the mercy of a paradigm that eschews compassion and reason for self gain and tribal pursuits.

It may take a few thousand more years, but it's a pretty good bet that we'll trash the ecosystem, and take ourselves with it. It's been a good run, and the Earth has the unwitting resolve to survive its divorce from humankind. In a few tens of million years, the Anthropocentric Epoch will a layer of sediment under a freshly evolving new order.

Posted by Brian Bohmueller at 10:45 AM