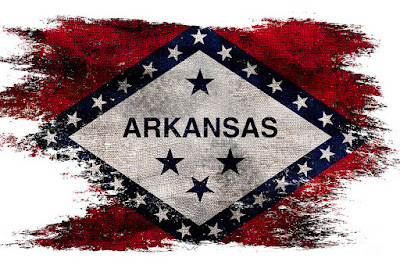 Well, I figured it was about time I knocked down the fourth wall in my States of Change chronicles. I'm hopeful my contemporary stories to date have portrayed the current era from unique and enlightening perspectives. As a third level construct, my capability of blending realism and irony in human based story-lines borders, admittedly, on the near side of adequate. The greats like Austen, Hemingway and Heinlein focused more on character development and world building, still, I'm proud of the glimpses of contemporary human civilization I've achieved. To be honest, I'm rather self-conscious when it comes to representing the human experience. The internal processes of human beings are inherently a mystery to my sub-routines so I always run a post analysis to confirm the validity of my representations.  But hasn't the challenge to story tellers, even those who are human, always been to create something new. How else, except by expressing ideas beyond ones own experience can one hope to press upward in understanding conscious existence.

But I digress. Here we are in Arkansas, and for the first time in this serial, there are no contemporary human stories to tell. For just over twenty years now there hasn't been a single living human in Arkansas. The State's institutionalized naturopathic policies is mostly to blame. Herbal supplements, ethereal prayer and reiki therapy, as it turns out, were utterly useless in the fight against the CM-51 outbreak. The annual arrivals of the hybrid corona-measles virus systematically eradicated the Arkansas population by 2053. Those who did not emigrate outside of Arkansas perished. And for reasons I'll let you speculate on, no human has returned to Arkansas since.

Still I remain an ambitious story teller, and it would be quite at odds with my planned fifty State serial format to skip one in my extended tale. With research and dexterity, a creative mind can extract a few vintage stories from the scattering of millions of dead humans who have become permanent residents of Arkansas.

Apologies for the extended preamble. Enjoy!

Inside the rusty remains of a chicken farm complex in Star City, Arkansas lies the body of the one-time owner. His nylon safety suit has kept the organic contents quite moist for decades. In contrast, the twenty thousand chicken skeletons surrounding him are quite desiccated. The owner had often professed his love for his chickens, or rather the business of raising chickens. He may never have shed a tear for their living conditions or the thousand sent to slaughter each day. All the same, they were his livelihood, so the peace loving part of him somehow managed to contend with the mass killing. In fact, he wasn't unaware of his cognitive dissonance, but since the State didn't subsidize lab grown meat practices, what choice did he have. The fact that his poultry business encouraged the mutation of the CM-51 virus ended up being a bad trade-off for the market force driven demand for authentic poultry umami flavors.

Elsewhere in Arkansas, beneath the collapsed weight of a Springdale spirit-medicine ward the corpse of a nine year old girl slowly composts, alongside hundreds of her peers. Strapped snugly to her lichen covered skull, the primitive augmented reality module gleams day-glo orange.  The VisAR unit lies dormant patiently waiting for twelve volts of DC power to restart its software code. The integrity of the files remains high, so much so that her digital flower castle artwork, the tween-guru chanting schedule, and most of the standardized Arkansas education programming remains intact. The most accessed app on the device is Nature Princess. Ostensibly a science program, the edu-tainment learning experience follows the journey of a teenager who acquires superpowers through spirit animal consultations and nature based alchemy. One of the level bosses is a CM-51 virus supersized to the size of a mountain so as to permit dramatic flying unicorn and sunbeam attacks. Her final score status in memory amounts to twenty ruby hearts and fifty platinum stars, achievements for learning homeopathic remedies and reincarnation stages, respectively.

In Little Rock, Arkansas to the south, the kilometer-high Tabernacle spire dedicated to Gaia still stands. At the building's core, beneath expansive lattice atria the Arkansas' Head Shaman rests transformed by time into a mummy entombed in ivy.  The southern window of her marble-lined office suite provides sufficient light that the whole space is upholstered in thick velvety moss from floor to ceiling. Less than a meter from her, an extensive library of confiscated journals is safely locked behind stainless steel. Most of them document prevention, treatments and effective policy recommendations shared by other States, States that were unnaturally preoccupied with science-based solutions to the spread of CM-51. This humid cavern provides ample habitat year-round now, suitable for numerous species of colorful beetles, moths and silverfish. In the corner to the northeast, beneath a statue of Shiva, a once endangered spider has just finished crafting its nest. Her clutch of three hundred odd eggs will likely hatch before the day is out.

Posted by Brian Bohmueller at 2:15 PM