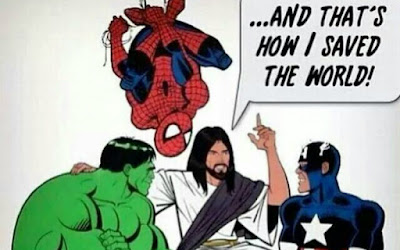 "...come on dude, handguns are irrational and dangerous. Statistics show that if you keep a firearm at home personal injuries and fatalities are more likely especially when trying to defend yourself against an attacker. Everyone would be safer if they were banned."

"You got it wrong, Tom. Gun regulation is simply anti-American! It is our constitutional, God-given right to bear arms, to defend oneself. Sure, owning a weapon isn't without risk, but if you're attacked you have to be willing to kill someone, you can't hesitate, otherwise having a handgun is useless."

The heated conversation might seem to indicate otherwise, but Pete and Tom are best buddies. They've known each other since before kindergarten and had been on uncountable adventures side-by-side since the 1970's. In their fifties now, instead of exploring the icy crick that ran between their properties or climbing to the precipice of Angels Landing in Zion National Park, they were on an early morning run to pick up groceries for the local soup kitchen.

"C'mon Pete. As a Christian, wouldn't Jesus disagree with your violent line of thought? Wouldn't having pepper spray handy be better than carrying a dangerous handgun."

"Pepper spray! What if you're family is being attacked and you spray yourself by accident or the spray button fails. Handguns are more reliable. And you don't believe in Jesus anyway, so don't even go there!"

"I'm trying to persuade you, Pete. As a secular humanist I try to make decisions based on Compassion and Reason.  I figure since you're a Christian you'd be influenced by the 'turn the other cheek' and 'love thy neighbor' platitudes Jesus allegedly made. If not, I guess it goes to show that believing in Judeo-Christian fan-fiction has weakened your mind with magical thinking. You're essentially brainwashed."

"Well if I'm so brainwashed, it only shows how foolish I am for continuing to be your friend. As far as Jesus saying to 'turn the other cheek,' he never said not to carry a firearm to defend yourself against evil too. Frankly, you should be happy that I'm a believer. Without my faith in Jesus I would have axed your atheist butt years ago!"

"Ahh, so now belief in the Jesus myth is all that prevents you from unleashing violence even on me. If only your pious faith encouraged you to stop supporting the meat industry; their abusive, dare I say 'evil,' practices are the incarnate epitome of violence visited upon the most innocent of 'God's creatures.'"

"Screw that. Clancy and Jesse are proof that I am an animal lover to the bone. And meat eating is consistent with my beliefs too. Jesus himself ate meat, he fed the multitudes with fish. It's right there in the Bible plain as day, if you remember any of your Christian upbringing. And humans need to eat meat to be healthy, anyway."

"You know that's untrue. I've been vegan for years. We could feed the world and conserve it so much better.... Oh, never mind, we've been down this road before. We should just agree to disagree."

"Sounds to me like you're a sore loser. I bet if Jesus were here he'd set you and your gay-loving, liberal views straight."

"Really Pete? You know there's as little chance of me being reconverted to Christianity as there is of you eating an Impossible Burger, so let's leave it..."

Route 132 is gray desolation this early on a Sunday. In the distance the sun peeks like a lava flow over the vanishing point of bleak roadway. It is then the object falls from the sky.

Like an otherworldly meteor a bolt of fluttering, white fabric streaks down and slams into the roadway a hundred feet in front of the SUV Tom is driving. Only the automatic brakes prevent a collision as the vehicle screeches to a halt.

On the tarmac before them, a cloaked figure rises from a three-point pose overused by CGI superheroes. And yet, more real than reality itself, this being looks up through the dimness through an aura of halogen headlights to meet the gazes of Tom and Pete. The bluest of eyes and calmest of smiles shine forth within a radiance meters in diameter. Then, the bearded figure walks toward them.  In unison, Tom and Pete exit the SUV to meet the apparition on the barren road. For once in their lives while together they are speechless.

Time stands still, for it is Jesus.

"Peter Frederick Hesse. I am here, the answer to the prayers of your ever faithful heart."

The pause is dramatic, but also unfathomably loving. It is as if each particle glistens with compassion as Jesus considers the moment, the two men, and the Universe through every exhaled word.

"Thomas Lucien Miller, let's go for a ride, that is if you can spare five minutes."

Tom nods and returns quietly to the driver's seat.

Climbing into the SUV, Jesus pats Pete on the shoulder with a gentleness of knowing.

The SUV drives off making a turn onto Cherry Blossom Drive as Pete waits on the shoulder, his mind racing. He cannot believe that Jesus has come again. Actually, he hadn't prayed specifically for this. In fact, his nighttime prayers of late had been kind of lackluster. Self-assessing, part of him rages unconsciously with jealousy that his disbelieving friend is the one who gets to spend time with Jesus Christ, his Savior. I am left alone on the road while the lucky bastard has a one-on-one with Jesus himself.

Yet somehow, Pete manages to find a bit of selflessness within. He realizes grudgingly that one third of the Holy Trinity is right now addressing the need of his friend's atheist-infected soul. Yes, Pete acknowledges, his own belief has already saved him. And maybe even he has earned a special place in Heaven for himself given the fact that Jesus responded to his unspoken prayers. He contemplates how extraordinary this event is, how after more than two thousand years Jesus Christ, the Savior of Mankind, has finally made an appearance. Pete's muscles and mind tingle with excitement as he contemplates the sensational interviews he will give, the best seller books he will write, the streaming YouTube talks he will monetize about his personal, one-of-a-kind connection to the second coming of Christ the Lord.

Five minutes or an eternity pass, there is no difference from Pete's perspective. The SUV pulls up alongside him on Route 132 and the robed Nazarene steps out. Jesus's eyes are more angelic than before and he pats Pete on the shoulder once more. The presence of the God made Man is almost too much to bear. Pete's breath is frozen.

Jesus turns back to Tom with a glowing smile and nods.

"Thanks, my friend. The evidence and compassionate underpinnings are clear. I'm going to implement environmentalism, veganism and scientific skepticism more fully here on out.  And I now see why even I should doubt myself, albeit with gentle kindness."

With the Sermon on the Route complete, Jesus's form dissolves into a silhouette of scintillation as each molecule of his holy body vanishes to return wherever He had been before.

Pete's face turns beet red and with a grunt he hops into the SUV and slams the door.

"Fuck Jesus, I'm still not ever going vegan. And fuck you! Meat! Meat! Meat! I'm buying the most expensive steaks for the food kitchen, with my own money to boot. So shut the fuck up and drive!"

Tom's smile wanes and inside he winces. The joyful tears that had gathered at the corners of his eyes turn acrid. For the first time doubt haunts him. In the moment the feeling burns like bile in his sinuses.  With sudden fear, he wonders, has his lifelong friendship with Pete finally met its reckoning? Killed by of all things by Jesus, the myth himself.

In silence, he drives on.
Posted by Brian Bohmueller at 10:33 AM