Boyhood: A Film That Ages Well 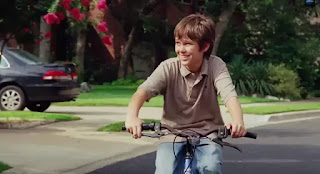 If you've ever seen a Richard Linklater film you know you're in for a series of down-to-earth conversations which straddle awkwardness in the attempt to peel away the next layer of the human-onion life.

Boyhood is no exception.  What it does differently is it patiently develops a family's struggles over twelve years using the same core actors aging in their parts.

Amazing as the character continuity is, the moments of joy and suffering, many chaotic and fleeting, are what give this film its heart and  a true sense of what it's like to progress through a human life.
Posted by Brian Bohmueller at 12:35 AM