On the Impact of Large Populations 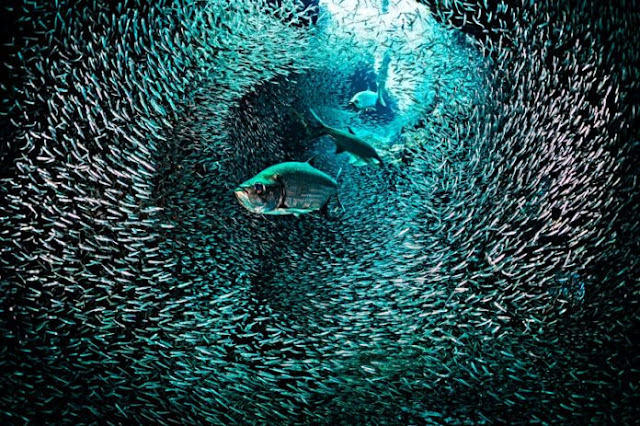 When it comes down to it majorities do rule, often with little care for minorities. Except of course when powerful minorities dominate. One might be tempted to associate these principles within human communities alone where politics and tribalism have run rampant throughout human history. Alas, the numbers game reaches well beyond petty societal squabbles, international militancy, and all the human relationship modalities in between.

The fact that Hydrogen and Helium have remained the most abundant elements in the observable Universe for billions of years demonstrates how the population of inert matter domination affects things significantly. Thus we have stars, that in time create rarer elements and the possibilities for rarer molecules and eventually the rarest assemblies of life and organized information.

Here on Earth, the dominant population of homo sapiens has become so successful via natural selection intertwined with human sacredness that a steamroller effect has decimated the diversity around us. When one travels one sees the profligacy of humanity in all the infrastructure that has been built to support higher populations of humans at the expense of the populations of everything else.

Perhaps human populations are plateauing, and perhaps human culture is gradually recognizing the implicit sacredness of other species and of the natural places that are special even if not a single human benefits from them. Sadly, much of the damage is done and the heart of a thriving, populous humanity has many centuries of decimating momentum ahead.

All the more reason as individuals to minimize our impact while harvesting the experience of a minimalist life. Which is to say a large population multiplied by less exploitive behaviors will reduce the harm somewhat. Consolation psychology is one refuge for minorities everywhere.

Still it is possible that minority influencers might corral the herd toward better choices, choices that can result in a healthier planet from all perspectives.

Posted by Brian Bohmueller at 11:01 AM