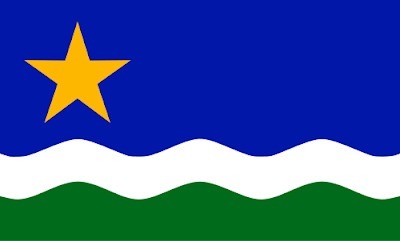 "All Men Created Equal. Go for it!"
The bellyache command launches the platoon out of their hiding places. Not one of the soldiers knew the connection of that phrase to Oosa's three century old, now defunct, independence declaration. It had simply become the cornerstone virtue of Minnesotan life. A few decades ago there might have been a morsel of intellectual freedom in it, if only as a counter state oppression. Today, libertarian anarchy had subsumed the state of Minnesota so the epithet had become simply a call to claim resources as nature intended, with equal opportunity for all.
Wallace raced straight for Fell castle. Being as it was well before dusk this wasn't totally insane. His six brothers in arms managed a bit more stealth as they weaved through the heaps of car chassis strewn about as makeshift barriers to the once warehouse entrance. As for actual danger, it was unlikely any firearms would be discharged. It had been years since any of the tribes had managed to acquire incendiary ammunition. Much easier to adapt rebar, axles, and rifle barrels into the blunt weapons deserving of Minnesota survival-of-fittest tribesmen.
Indeed close-in fighting was the norm, still Wallace had expected the stray projectile to be thrown from the roof as they approached the loading dock doors. Had his tribe successfully caught the watch off guard? His men converged at the corrugated doors, their edges battered by years of break-ins and makeshift modification. The Moon behind them lit the courtyard as planned to give the advantage in any confrontation to retake the warehouse fortress that had been theirs up until a few months ago. The faction of underlings led by his brother Kermit had ousted all loyal to Wallace. Kermit really ought to have killed them for now the second shoe of justice would fall.
Shoulder to the wall adjacent the access door, Wallace called out a gruff "Report!"  From opposite corners of the loading bay, Sven shook his head while Aubrey shrugged his shoulders indicating no-one in their squads had seen any enemy soldiers, let alone run into any kind of resistance.
"Two plus two. Go for it!" he announced. The team systematically brought their iron rods into play. Clanking and creaking rang out but only for a few seconds as they successfully breached the main doors. It had been locked with a latch but not barricaded in any significant way. Rolling the door open, Sven's team threaded into the old warehouse seeking defensible positions. The complex had served as a storage hub forty years ago and shelves and defunct forklift bots provided plenty of options for cover. Keeping watch at the doors, Aubrey gave a nod and Wallace strutted inside to reclaim was his.
The gibbous Moon had risen high enough now to throw light through the collapsed roof of the entry structure. Debris lined the walls and a pale heap at the center of the space came into focus. The dead bodies of a full three dozen men were laid out in a ritual circle piled three feet high. The corpses were all naked but were scrubbed squeaky clean and neatly arranged to form a witches wishing well.
"Fuck all. Liber-all!" said Wallace. The damn witches had done their worst yet again. Who can say how the uprisings started. Some say the Amy-Zon revolt had established its ritual meme twenty years ago up in the Twin Cities region. Still the word-in-the-burb was that the whole ritual was a lie, fake news and commie disinformation. His youngest wife believed the stories thoroughly. "Possession leads to being possessed," she would occasionally mutter.  He slapped her good every time. Why couldn't they get with the program reality had dealt them. Men did the fighting, women did the homing.
Wallace walked through his men up to the great circle of decomposing human flesh. His brother lay there somewhere piled in the ring of death. At the center every last woman and child sat back to back, dead stares facing outward. Arms around each other, expressions both defiant and miserable. The only way these damn women could hurt the men was to take away the future. Sadness danced at the fringe of his mind so he corralled it in and massaged it into anger.
Wallace grimaced, then with a nasal huff added a half nod for his team to move out.
"Nothing for us here. Let 'em rot. We go west."
Not a single man took pause. Wallace was their Alpha. They followed.
The sun peaked over the horizon at the tribe's back. With equality of determination they sauntered forward to find something to live for.
Posted by Brian Bohmueller at 11:25 AM