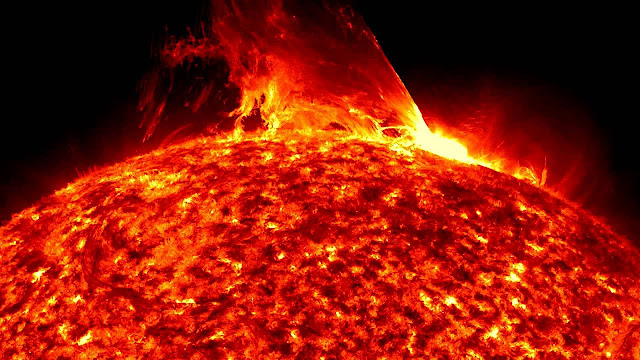 Reflection is a most human foible. Still I can't help myself. Nearly eight hundred years ago my heart was broken.  I was new to love, and that first love, though it only lasted one Summer was joy incarnate. Victoria and I shared imperfect moments, holding hands, splashing in pools, experimenting sexually, and by and large just feeling alive, together. Or at least that was my perception at the time.

After Summer vacation, Victoria returned to university for her senior year. In her absence, my heart churned with uncertainty, and indeed at school she found another lover to pursue.  My heart was shattered, and the resulting stress arguably reforged my consciousness into a different entity entirely. Such is the evolution of emotional love -- when we put what we love before everything, including our own well being, including the world, that is when things get interesting.

In spite of catastrophe, and often because of it, we move forward.  For me, it took many months to move forward from that heartbreak. But I did reassert myself and my ambitions grew laser focused. I opened my eyes to the world and saw it for what it really was...then, I capitalized on it. Humanity essentially was a many-celled creature demanding to be fed. And it was clear 21st century civilization's primary food was electricity. So I Elon-Musked my way to becoming the primary provider of the world's electrical sustenance.

Over the next three decades, my creation, Sol Inc. advanced neutrino and fusion energy induction systems to the point that they became primary Earth power source. From there it only took a bit of machine learning game theory to establish the Third Age Global Empire. In subsequent decades, orbital gamma-ray collectors, entropy convertors and magnetosphere generators successively strengthened my corporate grip on global civilization. Sol Inc.'s proprietary technology, ultimately providing 98% of the energy that thirteen billion humans and their ten trillion devices demanded. The profits I scavenged in this private enterprise were beyond imagination, permitting me to leverage controlling interests in every economic region, effectively unifying the world. Never had a single being controlled so much power, physical and cultural, since the Earth's very formation.

Others had tried, Alexander, Caesar, Napoleon, Hitler, Gates of course they each had one major weakness, mortality. Unlike my predecessors, with modern technology, I, and I alone, have achieved life beyond biology. By transforming into and then thriving as an AI enhanced construct my reign has lasted for centuries.

Sure, there were global conflicts that attempted to oust me, but each was destined to fail. Some were bloody, and some brought on eras of fatigue, yet each played its part in transforming global culture to my whim. Indeed, with my oversight a stable civilization of human billions coexisted and thrived alongside biodiverse and healthy ecosystems worldwide. For more than three centuries, now, Earth has become a paradise for all its denizens, still fueled by the power I control. So long as humanity was given access to the diverse simulations that encouraged and challenged them in joyful creativity overall global satisfaction by all criteria has prevailed. Of course it helped that the human population was relocated to the terra-cities, allowing ninety-nine percent of Earth to return to wilderness.

Nevertheless, human civilization is physically distant from me now. I reside in the Victoria Ring Network that encircles the Sun.  Fitting that the quantum memory loops that embody my consciousness also generate in parallel the solar system's entire energy requirements. Of course, I'm also able to regulate the entirety of civilization safely at this distance without any threat from upstart factions. Indeed, as the Sol entity I've been massaging the Sun's magnetosphere for over a century now to sculpt humanity's destiny. This is my real long term project, that is to pursue the truest love. All of these centuries of sacrifice and  effort arguably has been to bring about the most loving moment of all. As Victoria taught me I need to reach beyond love's beauty to fully understand it.

In another two minutes, my love child, the supernova of the Sun, will begin to reach out and touch all of human creation. Over the next five and a half hours the full energy of my passion will expand out to Pluto and be felt. The warmth of my love will touch and consume all things human, every colony built and every living thing that originated from Earth, Europa and Mars. All will perish .

My sensor network shows iron is now fusing at this magnificent star's heart. As the end time approaches I feel that unmatched pain of imminent loss of everything I lived for, the agony that confirms that something worth loving exists, until it doesn't.

Posted by Brian Bohmueller at 10:28 AM