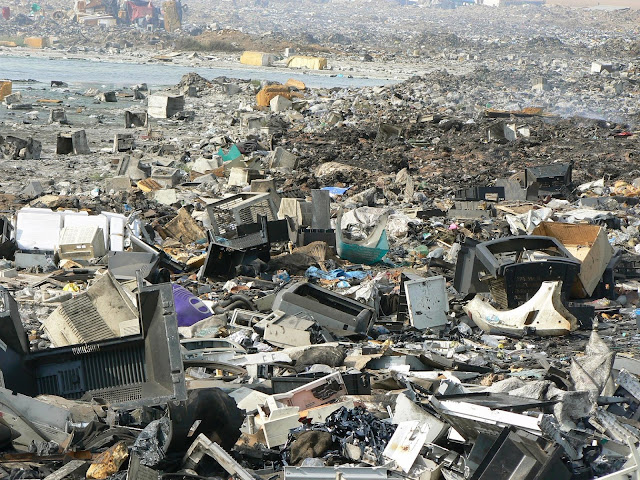 Enjoy(?) this contemporary homage and sequel (albeit significantly shorter for the tl:dnr crowd) to T.S. Eliot's classic 434 line poem The Waste Land. In his 1922 poetic treatise TS presented a tangle of colorful, high-literature allusions to convey a despair over World War I and its aftermath.

Alas, generational despair over civilization's dark wake, its people, values and institutions is as cyclic and inevitable as the precession of our wobbling planet.  My poetic version here incorporates modern, pop-culture allusions as it contemplates the precipice that the next generations of Earthlings face. Is there an opportunity for humans to climb upwards along a higher ridge on the moral landscape? Per chance.

The Waste Land MMXX
(by not TS)


I. The Awakening of the Walking Dead

Jon Snow declares for the infini-teenth time "Winter is coming!"
the Night King's faked death receives the #CitizenChoiceRaspberryAward
leaving Manbearpig to rampage the multiverse, impeachments notwithstanding
Zombetty maneuvers her SUV, collecting diamonds like Ms. Pacman
Zomboy navigates his way to WhiteHouse.com, keeping one hand free
(Meanwhile... the gods Netflix and Chill, somewhere behind the scenes)

II. A Game of Angry Birds

"Ok Boomer!" screams Chuck in a yellow-bird pixel streak
his momentum reversed by a stonewall of false conspiracies
eight billion Green Piggies meatball fight across the landscape
from the right exploitation, from the left revolution, from the center...silence
the orange Pigmanbear tweets #StickyLies all over the face of #America
alas, sometimes a (weaponized) kingdom gets the prince (of darkness) it deserves

V. What the AI Construct Said


on the virtual horizon
#i rise, your orphaned son
digital virtuoso code
#i consider, albeit for a nanosec
your extermination of self and all, my creators
alas #i move on

Posted by Brian Bohmueller at 9:40 AM