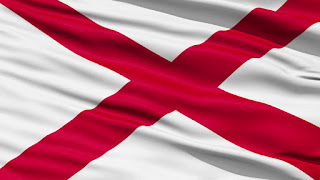 On the e-room settee, Leo gives Gina a kiss on her cheek and then taps the Yellowhammer citizen e-patch on his wrist. His wife does the same.

Wireless protocols bind to their VisARs allowing them to navigate spindown menus within their augmented reality interfaces. Each negotiates through the rotating forest of configuration options. Spiraling past State Alerts, Personal Schedules, Information Access, and Database Storage they access Body Security. Drilling down through Enforced Policies and Paired Transactions they open their separate but linked Personal Relationship configuration pages.

"Okay, the rest of the process we have to do in Full Real with proximity-sync, since this will be a major relationship protocol change."

Gina shakes her head while chuckling.

"So silly the State doesn't trust its own scorching blockchain security in Aay Arr."

"I think it's more about giving Alabama citizens the confidence that their rights are real and not just a virtual abstraction."

"If you say so. Let's get this over with. Having my VisAR overlays down makes me feel agoraphobic."

Gina smirks at the use of her pet name, then shifts her golden brown wrist holding Leo's freckled forearm to align the Yellowhammer sensors. Both patches radiate the bright lettering of nanoLED body ink bestowed to each citizen at age twenty-five.

"There. See, our consensual sex protocols are in full sync with the monogamy option invoked in August of seventy-one. Wow has it really been five years?"

"Christ in a crypt Leo, you know that's the minimum time lag before State Conception Permits are approvable."

"Yeah, I know Gee, it just gets me how five years with you has sped by at joyful light-speed."

Gina huffs softly and shakes her head, then with a follow-on sigh she runs her fingers through his long strawberry blonde hair.

"Yes, yes, my sweet Agave Leaf, for me too, but it's also been like walking on Hawaiian brimstone since day one. You know I've wanted to get pregnant since our trial marriage status got upgraded."

"Shen ji, Gee," chuckles Leo self-aware of his wordplay. "I'm looking forward to being a parent too, but you know as well as I do Alabama's procreation policy has been damn effective at preventing unwanted births. I can hardly believe back in Oosa times, abortion was even a thing. Fucking Six Nines contraception tech is the most Christian development since the communion wafer."

"Will you shut up with the politics and religion and sync with me. I want your cock in me...light-speed, doing what God created it to do."

Leo snort-laughs as if he'd taken a hit of nitrous oxide.

"You still catch me off guard every now and again, Gee!"

He holds his e-patch, still glowing the yellow of interim status, up to Gina's. With an archaic beep, emphasizing the conception permit's authorization, both e-patches turn dayglo green and scroll identical outputs.

"Formalities complete, no glitches. Of course, it'll take a week for our implants to ramp down contraceptive hormone levels. I should research whether..."

Before he could get in another word, she spins onto his lap, straddling him, and buries a victorious, silencing smile into his.
Posted by Brian Bohmueller at 10:26 AM