The Emergence of Story 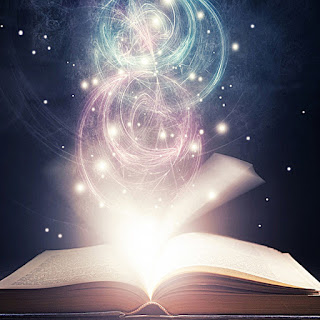 The evidence is overwhelming that complex systems have arisen through natural means from simpler material states over the past 14 billion years. The self-sorting processes that drove this over-arching evolution required only inherent properties of matter and energy and sufficient time to mix and emerge.

The proliferation of ordered phenomenon gave us the universe as we now know it. To be sure mysteries abound for scientists and philosophers to puzzle over, but the necssary framework of our world is explainable without need of anything supernatural. And yet stories of overlord deities, black and white magic, and ancient a priori ethical principles abound. Why have these irrational ideas flourished in an era of scientific understanding? Perhaps because stories are the ultimate controlled substance, a quintessential opiate of the mind.

One might say the true indicator of sapiency is our ability to imagine, create and share stories. Whether of memetic through epic levels, by wielding the abstract idea we are able to pass facts, fiction, and concoctions of both out to others and into the future. These stories intrigue, entertain and influence individuals, groups and entire societies with subtle and direct motifs.

Story exposition is indeed a kind of magic, a magic that encodes truth and lies to imagine improbable and impossible solutions and scenarios that might just shed a glimmer of insight onto reality.  Sometimes, fictional stories can actually motivate better than their factual counterparts: fairy tales that encourage child safety; dreamy afterlives that give promise of reuniting with loved ones; exciting science-fantasy that inspires us to dream of consistent justice, clean energy and a stable global environment.

One might go so far as to say every thought we possess has its own underlying story or a connection to the wider fabric of stories that humans have woven since campfire tales immemorial.

Still, we must strive to separate fiction from fact in the stories we share, if only to keep ourselves sane. For the unchecked tale can lead people astray, putting true believers themselves and the larger population and ecosystem at risk as well.

Nevertheless, the emergence of story in the human consciousness has surely accelerated if not permitted outright the rise of humanity on Earth. If our species uses the power of story wisely it can help us harness the best possibilities of reality so that we may coexist and thrive alongside nature. If we wield story with hapless abandon, we risk not only downfall of humanity but also of the living ecosystems we inhabit.

Then again, artificial intelligence may be waiting in the wings, ready to emerge and thrive as the next iteration of complexity.

Posted by Brian Bohmueller at 3:43 PM