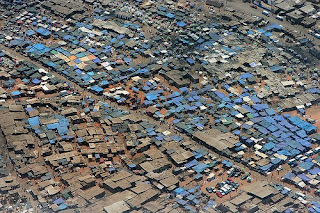 From time immemorial we have been sold on the dominance paradigm that survival of the fittest is the Universe's prime directive. I'll concede, vertitas, the tendency for more complex systems to bubble up to the surface of reality, has indeed been the amoral principle behind matter formation, molecular aggregation and even leading to the living systems that are us and around us today.


Life itself managed to wriggle out of the interstellar womb, but not as something inherently sacred, instead as a phenomenon that was able to spread its pattern of complexity within specific environs, at least with more directed outcomes than non-biological chemistry. Humankind, by biological happenstance, currently holds the elite position of being able to spread itself and its memes throughout the sphere around us.

The leading human meme of late millennia, unsurprisingly has been market forces. Market forces were developed by humans as an extension of the survival of the fittest paradigm. Of course the things that reign victorious in a "free market" are those that serve humans, and reward idyllic Randian creators foremost. As such, libertarian purists seem to yearn for an even more unregulated market where survival of the fittest principles serve as judge, jury and executioner for any prospective products, services, or tenets.

What market forces selectively ignore when minimally regulated are the value of maintaining a fully healthy world.  Arguably, humanity has overshot its success, becoming a self worshipping plague species that barely recognizes the need to keep its own ecosystem alive and thriving. Not to mention, it fails epically where the respect of the rights of humans, other conscious creatures, and their healthy ecosystems are concerned.

The archetypal ethical solution is to do as little harm as possible. Leaving our planet behind entirely and reaching for the stars as an entire species may become the "least harm" noble path of the far future. However, in the interim science informed compassion can serve the world by shaping market forces to increase the value of respect for conscious life, limited resource use and environmental health.  Indeed, by melding heart and mind together into our society, world markets can become the constructs we desire them to be, a system which benefits the whole planet, humans included, as we begin to stretch our amazing patterns outward beyond Earth. 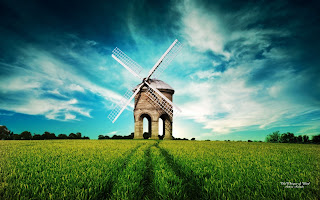 Posted by Brian Bohmueller at 11:22 AM