One Degree of Separation

This story steps outside of the States of Change universe
to deliver a tale along an alternate timeline
and of slightly different temperature. 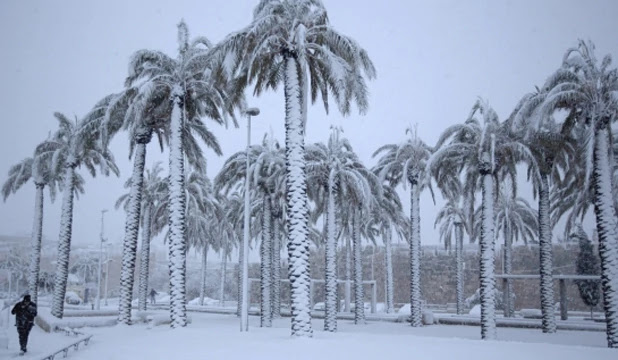 The pebbled Sicilian beach stretched as far as Trea could see. Glinting turquoise surf and high rocky cliffs bracketed the Amalfi coastline as she entered the gates of Paradiso Perduto. The exclusive beach resort was speckled with padded lounge chairs, colorful umbrellas and frolicking, brown bodies.

Trea scanned the passerby to see if any celebs were among the elite tourists, all while losing herself in the sun-baked landscape. The sounds of offshore breezes and occasional gull cries made for a most peaceful recon atmosphere.

Westward a vast darkness appeared beneath the calm, cerulean sea, reminding Trea of why she was here. The island-sized shadow erupted from the water like Niagara Falls in reverse. Cascading white foam fell away revealing a hundred meter wide disk on a half-dozen towering, gnarled legs. In a rush, screaming tourists ran inland. The Titan Takaashigani roared as its massive form encroached upon the beach. Cabanas erupted in flame and sand sloughed into glass as blue lightning arced from its swiveling eye-stalks. Trea crouched, took a deep breath, tapped the power settings on her Guardian railgun, took aim and…

....the entire scene froze in a vacuum of digital silence.

Trea muttered sotto voce “Capital Eff!” and tapped the side of her nanofabric headwrap to bring up the Citizen Command Interface. With a dual eyebrow flex she selected REQUEST ID AUTHENTICATION and INITIATE FULL SENSOR RECORDING from the pyramid option tree. No Capper would be getting the jump on her constitutional rights today.

Seconds later a rotating SQR Cube overlayed the paused Takaashigani behemoth on Trea’s immersion display. Her software validated the Capitalists' security credentials and that live-stream logging was in progress.

Trea grimaced in farewell as her frozen Mediterranean melee grey-shifted to the significantly less vivid, gray smear of reality before her. The Olè driverless cab she was in whistled along at a hundred klicks through a midnight snow squall. Its ledlights drilled into a dark abyss reminiscent of analog-blur, trekkie star-warp.

Her challenge was confident yet Trea found herself shivering, not from any threat the Caps might pose, but because the Paradiso Perudo experience had permitted her to forget the dreadful, peninsular winter underway. The Olè’s heat was blasting in spite of the surcharge; still, even with a full-insul V-wrap donned the cold was creeping in through every crack and crevice.

“Sunrise Security Branch requests private assist. Emergency pickup requested by citizen on foot and we have no units in the vicinity.”

“A refugee, at this hour? Polar Bear sighting, no doubt, Cap!”

Trea scrunched her mouth behind her headwrap. That modest fee would cover full immersion for a couple days in VR, a welcome delay to her return to the the drudge of data-mining at the Liberated Rand plantation.

“Contract accepted,” she managed over a sigh that didn't entirely cover her elation.

A minute later the Olè rounded a curve on the icy highway and slowed to pull off on the shoulder. A small figure sat atop the plowed snow-wall perimeter. Trea’s security protocols scanned and validated the child as the Caps’ vagabond. “ID Xing Kappa Calvarez. Junior Citizen. No Priors.”

Responding to the prompt on her screen, Trea vocalized “Cab access approved.” Like a curtain, the door swung upward to reveal a blustery winter stage.  A moderate-sized human lump stood swaddled head-to-toe in fractal-patterned flannel.  A zephyr of snow-dust pirouetted with disregard between Trea and the youngster.

“Light speed inside, ice cube. All the Caps’ frozen veggies won’t keep me from plowing forward in another picosec!”

On cue the youth came to life in the age-old knee slap dance which was quite effective at dislodging accumulations of ice and snow. After leaping into the two-seater, the Olè's door shut and the cab accelerated into the wintry night.

“So what are you, an arctic leprechan?”

“Trea. Caps contracted me for emergency transport. You sub-zee?”

“I’m fresh. Where you heading?”

“South of Boca. Drop you off in fifteen. Be free.”

Trea faced forward, scanned her status overlay and sure enough the assistance bonus had already transferred to her coin vault. She shrugged, reclined in the seat and began a restart of her full-immersion VR.

“Can I ask you a question?”

“It’s Pixel. Not even a bit curious why I was out here?”

“On assignment. Level Up if I snag a conversation from a Plug.”

“A Plug," Trea coughed out. "Offensive-speak penalty warning. My choice to ride the cloud. You a recruit of the Witnesses?”

“Solid. Two years going on the fact track,” the boy responded in an earnest tone.
“Not interested in your wireless words."

“The Skeptical Witnesses ain’t just about unplugging. Our goal is to pursue true understanding of the world and its inhabitants.”

“Clone-speak and damn irresponsible. Witnesses dropped you off in the glacial nowhere just now.”

“Negative. That was my plan. Subverting the Caps’ security protocols to spread the Honest Word was a bonus I couldn't resist!”

Trea sighed warmly through an involuntary grin. “Solid. Speak on.”
Posted by Brian Bohmueller at 12:42 PM