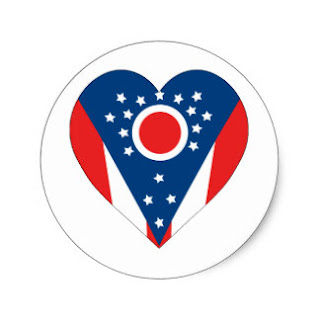 In Ohio, it had become a rite of passage to submit ones first meta-media publication upon entering high school. With only two days of summer vacation remaining, Grazee was fast approaching her submission deadline.  Grazee had found enormous value in Mama's ongoing input, especially in building confidence with her delivery.

"As an interesting aside Ghosting derives from the archaic superstition still held by many that spirits survive after human death. As noted in The Skeptics Guide to the Universe ghosts allegedly appear as fully-clothed, transparent beings, often in the presence of loved ones in a state of mourning.

Work on better eye contact flashed in Grazee's visAR comment corner, accompanied by Mama's avatar tapping the side of her head.

"The ghost meme was reinforced by apparent evidence from nineteenth century photography.  This infant stage of image capture resulted in numerous cases of double exposures during family portraits. Throughout the twentieth century, ghost stories became increasingly popular in global media, especially in the Oosa where afterlife belief systems thrived."

Too informal. Sub the former United States of America for Oosa, was Mama's silent interjection, while simultaneously leaning back in the fractal patterned, camelback sofa. Grazee gave a nod to the correction happy that Mama's body language conveyed overall pleasure of her spoken delivery so far.

"In the early twenty first century ghosting took hold in a very different way in global social culture. Per Wayback and Urban the increase in virtual communication inspired people to increasingly end relationships and otherwise shun unwanted contact using virtual silence and minimalist responses, especially through the popular Texting medium of the time. Psychology Tomorrow cites the human need for intimacy led to a surge in online surrogate bot presence and, speculatively, catalyzed the Great Defederalization. Today's modern day "ghosts" were so named because of their synonymous  bot surrogacy. "

Great references; your embedded metadata to spoken verbiage ratio is solid at five to one. Mama added two spinning, purple smiley faces to punctuate the comment.
Grazee, energized by the support, leaned into report's finale.

"In 2061, ten years after Ohio's nationhood had been secured, the Family Values Act was instituted statewide. Secular education funding of The Modern Relationship Institute began its implementation of ghosts across all social strata when..."

Grazee halted her report. On the sofa, Mama was laughing wildly while smacking the cushions of the sofa at her side. Behind her visAR Grazee's eyes went wide with wonder at how she had incited such hysteria. Then, Mama's brow and chin bulged forward into a reptilian likeness. Mama's dusky red hair transformed into a halo of orange flame, at which point Grazee vented her surprise into a groaning exhale.

Grazee tore off her visAR causing the virtual flaming dinosaur that had been Mama to vanish and yelled out to her sister wherever she was hiding, "Jemmie, stop hacking my Mama ghost. I have a report to finish. Keep it up, and I'll tell Geoff and Ray when they get home."

Stomping toward the parlor entry, not un-dinosaur-like, Grazee couldn't help but laugh herself at the silliness of the moment.  Her frustration evaporated into a playful demeanor as she admonished, "...and if you were going for a velociraptor you got the skull structure completely wrong! Which means if I find you, you're getting tickled to death."

Grazee stomped up the stairs in search of her little sister, making a carnivorous roar as she went.
Posted by Brian Bohmueller at 11:42 AM