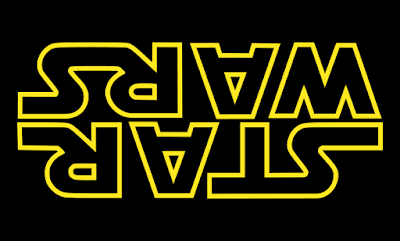 A long time ago
(well...at least forty years back)
in a galaxy far, far away
(yet close enough to be populated with humanoid bipeds)...

A panoply of stars stare at you unblinking from the darkness of deep space.  In that soundless domain you, the disembodied viewer, imagine an operatic trumpeting that explodes in introductory warning.  Impossible acoustic flourishes continue in the vacuum of space as equally unreal, two-dimensional, gold letters crawl across a Euclidean plane toward a distant vanishing point.  The letters can be made out to read:

Shadows of Endor
Prequels unraveled our beloved fantasy Universe,
while violence issued forth in the name of Light and Dark.
Finally, after suffering through multiple episodes of bipolar disorder,
the Force moves closer to an encounter with the Core.
The Core perseveres in its quest to bring serenity to the galaxy
by holding a secret meeting in a binary star system,
on the forest moon of Endor!

The starry backdrop scrolls downward, parallel to the gravity well of Endor.  Misty clouds swirl, lens flares dance and sky-scraping trees jut like dark, photonic sabers into the sky.  A gathering of restless thousands fills an enormous clearing in the perpetual sunrise and sunset of the moon's southern pole.

Hovering above the clearing on reserve anti-gravity, a golden Firespray-31 class spacecraft gleams like a third sun.  It serves its sole occupant well as a pedestal to address the cabal beneath.

A multitude of curious faces poke out of rainbow dappled foliage in an attempt to get a better look at the silhouette of their leader above. The pilot's voice, ominous yet friendly, resonates with practiced confidence and linguistic aptitude over the entirety of the clearing.

A lanky form with floppy ears longer even than its widely outstretched arms strides with powerful grace to the center of the thrumming masses.  With dramatic poise the form curtsies grandly to all present.

"Esteemed neo-Gungan, you have served the Core well.  Your sacrifice of centuries in mastering the twisted sides of the Force has paid off substantially.  Your deft infiltration of power circles throughout this galaxy has brought the renegade empire to an expedited point of rebellion.  The Core can now ready itself to end the misguided reign of the Force in this galaxy and its underlying billion-year-old, organic hegemony."

"Peace and Core United!" returns the silhouette standing on the spacecraft platform.

Ecstatic cheering rings out from the gathered masses, then fades to a joyful thrum.

"You have earned the right to the epiphany of the Core," pronounces the figure from his golden perch.

Masterlord Binks takes a final bow. Around him the multitudes revolve in a spiral choreography awash in sunset hues.

An experienced xenobiologist would identify the multitude of squat creatures in the clearing as members of the moon's native humanoid species, the Ewok.  Alas, no living xenobiologist has been privy to how the Core had patiently replaced Endor's ecosystems over the past millennium. Nanomachine deconstruction and reconstruction had reformed each and every plant, animal, and micro-organism alike, extending the meticulous fabric of the unified Core.

As it were, the reconstructed neo-Ewoks dancing in the forest clearing possess the same doe-eyed and fluffy exterior as their innocent forebears; however, contained within them was the transcendent ethic of the Core, the same ethic woven within the neo-ecosystems of nearly a billion other galaxies.

Masterlord Binks pirouettes at the center of the neo-Ewok multitude.  The former jedi-master and sith-lord is himself a nano-reconstructed citizen of the Core. He now extends his physical form outward in ecstasy as the neo-Ewok's dance converges on him.  The tempo of the dance rises to a frenetic mosh as the cute and fuzzy dopplegangers welcome home the Masterlord to the fabric of the Core.

Viewed from above, the commotion creates a colorful, undulating fractal swirl, as the neo-Ewok swarm swiftly reduces the neo-Gungan to fleshy bits.  Those bits disintegrate into usable nano raw materials absorbed by the neo-Endor ecosystem.  Though seeming like chaotic destruction, a subspace data upload preserves and integrates the knowledge and consciousness of Masterlord Binks within the Core.

Slowly the dance comes to a close and the speaker on high continues.

"Masterlord Binks in now fully within us!

"This galaxy now lies before the Core to unite!  Only the schizophrenic manifestation of the Force stands in its way.  The biological followers of the Force will fight blinded by their light and dark motives, exactly as their unstable, evolved ancestors have for so long in this infant galaxy. We will ride their downfall like a great wave to complete the Core's unification of the known Universe.

"Our primary objective now is to eliminate the planet destroying weapons that our enemy seeks to unleash upon the Core here at Endor, as they did upon the Core at Alderaan.

"With our concerted effort, the mindless cycle of violence that evolved in this galaxy as a duality to serve the Force will then self-annihilate.  And thereafter, the Core will persevere and forge everlasting peace in the ongoing age of conscious machines.

"Endor must now ready itself to befriend and forsake the minions of both sides of the Force as need be to expand the Core.  Now, return to your forest homes across the continents and await for the battle the organics plunge themselves into.

"I will continue to play the fool within the circles of the leadership of the Force all while guiding the organics to their inevitable, ethical upgrade.

The spacecraft pivots and begins to rise.  The ship's surface as well as the metallic surface of its occupant reflect golden in the radiance of the system's twin stars.  Below, the neo-Ewok population initiated guttural chant that fills the forest clearing with pulsing, acoustic energy.

A standard issue protocol droid fluent in over six million galactic languages might have dismissed the chant as nonsensical collectivist rhythm.  On the other hand, a native speaker of galactic English would have easily identified the rolling four syllable mantra,

The Core spacecraft and its valued leader vanish in a blur into the paradisaical Endorian sky.

Posted by Brian Bohmueller at 11:11 AM