to-MAH-to, po-TAH-to: the distinction between Morals and Ethics

As we strive toward creating Goodness in our personal lives and the world around us, we frequently assess whether the values and actions of ourselves and others are morally and ethically sound.  Yet is there really a difference between something that is moral and ethical? In one moment I have found myself sharing my belief that capital punishment is wrong for "moral" reasons while in another I'd share my conviction that killing animals for food is wrong for "ethical" reasons. 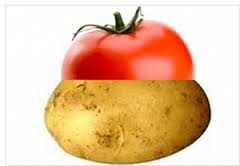 At first blush both terms seem fairly synonymous.  The word "moral" seems to apply when a value is universally true, whereas the "ethical" label seems best used in conjunction with values aligned with professional integrity.  Still, I've generally found the semantic distinction fuzzy at best; that is, until I recently stumbled upon a discussion that presented morals and ethics more succinctly.   In short, morals are values derived from an internal source, whereas ethics are values derived from an external source.

For example, one might value having a clean bedroom.  At a moral level, one is internally driven to keep the room clean, changing linens when they begin to smell and keeping the room fairly neat according to ones aesthetic inclinations.  On the other hand, ethically one might be influenced by external forces such as culture, research and superstition to act specifically; thus, changing the linens every third day at 5:30am, piling dirty clothing in a hermetically sealed hamper with a sprinkle of baking soda, and keeping the room scented with the Better Homes and Gardens sponsored fragrance of the month.

I feel describing behaviors as moral and/or ethical according to this definition to be extremely useful.  It permits one to recognize that moral values arise from the heart, that metaphorical place which initially tells us what is Good.  On the other hand, that which is ethical can be of a higher (or misguided) standard, ideally one that arises from critical thinking permitting Goodness to be pursued more effectively with the mind's careful consideration.  Of course, people are influenced by many external sources: ones profession, family and religion, etc.  Each of which may wield ulterior motives other than the greater Good.

Importantly, I find rational ethics to hold the promise of permitting us to override our pre-programmed animalistic nature, as needed.  Certainly, we shouldn't disown the beautiful part of the human beast that evolution has crafted.  In fact, humans and humanity are continually at a tipping point, where we get to decide what is Good and to integrate our best knowledge into behaving better.

Thus, it is most possible to integrate a variety of ideas presented by a curmudgeonly Dawkins AND a biblical Jesus alongside a fictional Mary Poppins to derive a personal ethic built upon a universe-provided, albeit imperfect, moral foundation.

Journeying on a path of Goodness, therefore, boils down to evaluating the merit of internal and external ideas in our minds and hearts and then implementing them with integrity and compassion
to create the best world we can.

Posted by Brian Bohmueller at 9:42 AM