If you're a fan of the Watchmen story-line, you've probably already binged the HBO series that follows-up on the classic alternate-timeline graphic novel. Shortly after the Watchmen movie adaptation release just over ten years ago, I wrote my own fan-fiction follow-up. Consider it an alternate alternate time-line tale. 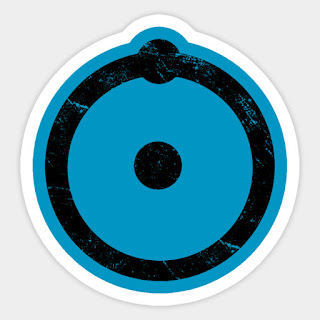 "As far as we can discern,
the sole purpose of human existence
is to kindle a light of meaning in the darkness of mere being."

The year is 2009. Twenty-four years have passed since the U.S. Empire and the Soviet Union reluctantly formed a global alliance of nations in response to the heinous destruction unleashed by Dr. Manhattan. Allegedly unleashed; Daniel White knew better. As with Adrian and Laurie, more than two decades of concealing the truth had taken a high toll psychologically on him. Adrian overdosed when the Alliance trumped his hegemonic plans back in '87; no loss there. Laurie, on the other hand, stayed with Daniel through thick and thin for the better part of a decade of crime-fighting, but then opted to join the separatist organization Gray Peace rather than fall under the auspices of Operation Omnipotence. Daniel, however, had no qualms putting his muscle behind the double O.

The owl costume stuck uncomfortably to Daniel's skin in the evening humidity. Thankfully his mask was now one of biotech ink, providing superior surface conditions to evaporate his sweat while adding the requisite, opaque layer to conceal face...and his emotions. Deep violet clouds reflected perfectly on Green Lane Reservoir's surface, the single-molecule thick diamond-polymer coating keeping the heavy water reserve pure. Crouching on the edge of the access platform, Daniel kept his depression at bay by recollecting the nuances of what had come to pass.

Initially, the decommissioning of all nuclear warheads in 1986 for use exclusively in power generation removed much fear from the world's citizenry. The united planetary regime secured peace among nations wielding its own version of fear, the fear of Dr. Manhattan, the enemy unseen. The Alliance subsequently poured trillions of dollars into quantum weapons research in anticipation of the return of Dr. Manhattan. Crime still ebbed and flowed in this brave new world, enough to make a living from, especially in recent years as the globally elected Cheney-Bin Laden administration privatized the world's law enforcement. Drug and weapons manufacture most notably were fully legalized without restriction to permit maximum reign of free enterprise. Unchecked, the united world brought a new era of peace and prosperity to humanity. It also initiated a grand era of corporate-military power, corruption and environmental destabilization.

Daniel was currently under contract with Metrocrime Limited, patrolling the fusion reserves at Green Lane. He had full authorization to use deadly force should anyone threaten the precious reservoir of Deuterium. Anger rose in Dan's aging sinews. Damn Dr. Manhattan and Adrian both! Rorschach's death played its part in Adrian's scheme, but ultimately the rationalized execution performed by Dr. Manhattan had been for nothing. In fact, Rorshach's bloody demise served as a dark, splattered symbol of what befalls humankind when seeking to engineer peace with destruction.

Dr. Manhattan (he preferred the moniker Jon) materialized without warning five meters directly in front of Daniel. Ionized air splayed around him in chaotic tendrils of blue lightning. The radiant, cobalt-blue man-deity hovered fully naked a few centimeters above the reservoir's surface. His muscular arms stretched outward to either side and the iconic emblem on his forehead remained, as ever,  the metaphorical beginning and end that is every present moment.

From Jon's perspective, the world stood nearly still. Electromagnetic radiation in the nanometer wavelengths prevalent at dawn stirred the ecstasy at the center of his stoicism. Earth was his home, and though human no longer himself, humanity was his kin. It had taken many years of dedicated conversation to unravel the mysteries of his relationship to humanity. Even so, the surface had barely been scratched. Still, his destiny was inherent to his very being, even though at the moment he could not see it. Jon smirked at this to himself observing offhandedly that Adrian's global network of tachyon transmitters were still in full operation. Indeed, Jon had expected them to still be operating, even if his remote monitoring had not conclusively predicted it. Nevertheless, the tachyon radiation now suffusing his mind effectively blocked his omnipotent sight of the future.

For Jon, the present without the perfect context of past and future to enlighten and obscure, was delicious to savor. Even when free, his neural pathways were not unlimited; they were constrained by Universal laws. Even constrained, the kernel of matter strings he had transformed his brain into operated thousands of times faster than the human brain he had been born with. As such, he had a few seconds to spare so he entered a state of deep contemplation.

He called upon his reduced memory, which extended from prenatal awareness to the blind alley of the present moment. His love for Laurie surfaced, a lovely distraction. How could he have been so wrong, thinking Laurie's conception was a thermodynamic miracle? Indeed her uniqueness had started with that random, necessary event. Yet, it was obvious to him now that the natural laws of the Universe fully support the emergence of complex molecules, complex life, and complex intelligence. The evolutionary model is a strong, if incomplete one. Given enough time, random mixing would certainly grow in complexity in this particular Universe--that was simple, almost trite.

What was truly miraculous, metaphorically speaking, was the inherent power imbued within rising complexity. That power might be characterized as panpsychism, as recursive consciousness, as freewill or a dozen other esoteric terms. Whatever the name this essence permitted the forging of meaningful existence, and the multilateral participation in world building. Philosophers might argue the illusory properties of this essence; nevertheless, this quality was the driving force that evolved star systems, planet ecosystems, and the civilizations of numerous intelligent species throughout the Universe.

Why Jon had not reached out for alien intelligences earlier, he couldn't explain. All he knew is the past twenty-four years had revealed human intelligence was far from unique in this Universe. And those intelligences were diversely complicated, yet similarly flawed in their emergent beauty. Relatively speaking, I am the closest thing to a god in this Universe, Jon thought, and still I went temporarily insane when I became complicit with Adrian's short-sighted scheme. It is time that I set things right and bring completeness to my existence.

Jon opened his eyes. Just under two seconds had passed since he had appeared at Green Lane. Daniel, kneeling at the bank of the reservoir, had just sufficient time for his senses to register Jon's apparition; the naked blue humanoid, arms akimbo, had not perceptibly aged since his departure from Karnak Station in Antarctica a lifetime ago. Reflexively he wondered if his senses were playing a trick on him.

Daniel distinctly heard the two syllables, and as later reported all of humankind did as well. A chill raced through his spine.

Armageddon by design began. The Alliance documentation he accessed later underscored the moment.

The world is now safe from target. Long live the Alliance.

All Daniel heard was a small pop. He had always imagined the implosion would be louder. So many years of conspiring with Alliance researchers to bring about Dr. Manhattan's death and it all ended with a pop, actually more of a plop, like a pebble plunging into a great, calm sea, echoing for a time in the mind's ear.

Daniel spun away from the valley that was the depleted Green Lane Reservoir. He realized he had been holding his breath since Dr. Manhattan's appearance and well past his disappearance.

"The name fits. Jon called me that for last twenty-four years. Said would help if I face up to the man I become. No compromises for self delusion."

A floating, luminescent, green pattern undulated in the dark before Daniel. In the darkening twilight, he barely could make out the silhouette of the man before him. His face, however, was alight with a nightmare of flowering swirls.

"Lots to catch up on. Short version. Jon kidnapped me. Gave me new face. Blend of old and new. Kept me as companion on voyage to stars. Saw many things. Had many conversations. Am returned now."

Daniel stuttered, "But you were dead!"

"Saw what Dr. Manhattan needed you to see. After 'nam no stomach to kill. Higher-being complex he called it."

"But we just destroyed HIM. I only cooperated because I hated him. Hated what he did to you!" Daniel collapsed to his knees, his thoughts overwhelming him. "I..., I..."

"But why did he come back, if he knew we had his destruction waiting."

Daniel caught his breath and tucked away all the details to process later. Rorschach was alive. His friend was alive!

"It's good to see you Rorschach."

"You too Daniel. How 'bout you buy me a beer and we talk. Hanging with the blue guy so long has left me a bit unnerved. Regular twelve step program personality."

Daniel rose to his feet, and slapped Rorschach on the back. "Beer? There's a word I haven't heard in ten years. Hope ViWa suits you, partner. Beer went the way of the 8-track."

"Vitamin Water, carbonated with a spank of THC."

Postlude (excerpted from Riding with Archie)

For decades to come, journalists would speculate whether Dr. Manhattan was actually destroyed in the Green Lane event on June 25, 2009, Unblue Day as the anniversary became known, was celebrated by the Alliance media arm with the latest monitoring reports from L4. Fanciful articles of Dr. Manhattan's escape were relegated to the sensationalist blogs and unpublished works of amateur spec-fic writers. The idea that Dr. Manhattan might have cloaked his escape was officially too improbable, and  unofficially too unsettling for the public to bear. Humanity gradually forgot the deified man of blue ever existed, and moved on.

Peace, one might conjecture, is not easily fooled into manifesting on this planet known to its residents as Earth. Human society, unimaginably complex in its very nature cannot be corralled like a herd of sheep on a farm. Only the painstaking collective effort of individuals and the communities they form have any hope of creating peaceful, progressive solutions on this imperfect world. Alexander, Napoleon, Hitler, and Adrian Veidt alike all tried to stronghold a diabolical peace within a single lifetime. Such schemes are for the weak minded, for the snake-oil salesmen, not for networks of beings who dream really big.

And so humankind proceeds down the uncertain path that is the future. Peace will always be a difficult course; it is more process than product, a hard won effort that has no final end. With enough time, heart and patience, we humans may just find our way a tad closer to that unreachable dream.
Posted by Brian Bohmueller at 11:50 AM